County councillors, nationwide, are being paid a total of just over 35k in expenses, each month, for supposedly attending meetings that have not taken place due to the Covid19 pandemic.

Meath Live  has seen an email sent to all 949 councillorsin the country from Tipperary based Fianna Fail councillor Micheal Anglim, the chairman of the Local Authority Members Association which states , ‘if your County Council or City Council meetings have been cancelled in response to Covid-19, your representational payment nor expenses allowance will not be impacted ‘

This means that all councillors will have received a basic expenses payment of 36.97 for not leaving their house if, as was the case nationwide, their March monthly meeting was cancelled.

Anglim refused to say how he could justify anyone receiving expenses for simply staying at home, but did say, ‘ We have had meetings of the various districts down here in Tipperary and due to the current situation not everybody was able to attend those.’

He wouldn’t comment on whether those who couldn’t attend received their expenses, although from his correspondence to his associations members it is clear they did so

And local Independent councillor, Johnstown based Alan Lawes, has hit out at what he describes as a ridiculous situation.

He said, ‘Meath County Council have suspended local democracy by cancelling council meetings for the foreseeable future since the 12th March, that meant we had no full council meeting in March at all but yet I got paid travel expenses for a meeting I didnt’ go to.

‘It’s as simple as this the meeting was cancelled and yet I and every other councillor got paid expenses for going to it, and the same is happening all around the country, it’s ridiculous.

‘That’s simply not right, it’s disgrace that we consider ourselves different from every other worker in the country and think that we should get paid travel expenses for travel we didn’t actually undertake.

‘This is totally wrong at anytime but during a national health emergency that will most definitely be followed by the worst economic emergency that we have ever lived through, its criminal.

‘I don’t think the thousands of our fellow country men and women who have lost their jobs and are terrified about their own futures will be very impressed.

‘I decided not to give back my money to the Council. I decided instead to spend that money on buying protective equipment for our community volunteers with the local Tidy Towns.

Lawes showed this paper his payslip for the March meeting that never happened, and for which he received a total of 440 euro, and said, ‘I can accept some payment being made as a councillors work goes on and we are perhaps even busier than ever but getting expenses when I never even left my house doesn’t sit right with me.’

‘No matter what way you look at it this can’t be justified.

‘There are surely far better purposes for which thirty five grand could be used each month.’

A Meath county council spokesperson told Meath Live, ‘Councillors are not paid a separate travel and subsistence allowance for each meeting they attend. Instead they are paid an annual allowance based on a number of factors including the overall number of meetings they can expect to attend during the year and the distance they travel to attend meetings. This annual allowance is paid in monthly instalments.

The rules for calculating and paying allowances are decided nationally and are set out in a Circular from the Department of Housing Planning and Local Government. (Most recently in Circular LG04-2019)

If over the course of the year a Councillor does not attend at least 80% of the meetings used to calculate his/her allowance total the amount payable is reduced and any overpayment is recouped. This is done on an annual basis.

As with a number of sectors, the scheduled business of the Council meetings has been severely disrupted by the current Covid 19 situation. As it is not possible to determine at this stage if any individual Councillor will fall below the 80% requirement the Council continues to pay allowances in line with the Circular.’

Meanwhile it has emerged that The Houses of the Oireachtas are continuing to pay TDs the usual travel and accommodation allowance (TAA) despite current restrictions on movement.

While TAA is paid on the basis of 150 days’ attendance at Leinster House over the course of the year, politicians must register their presence in Dail Eireann on at least 120 days in order to qualify or face deductions from their allowance.

This is despite the Dail having sat on just four occasions this yearue to the general election and the Coronavirus.

One rural TD told the Irish Daily Mail, ‘It appears to be the case but it’s all up in the air at the moment, we are not even allowed officially clock in when we are in Leinster House and my understanding is the situation is currently under review.

‘Work is still going on at constituency level but in fairness the optics wouldn’t be good if we continue to be paid the TAA when so many are being forced on to social welfare through no fault of their own.’ 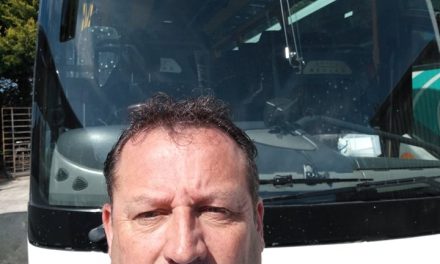