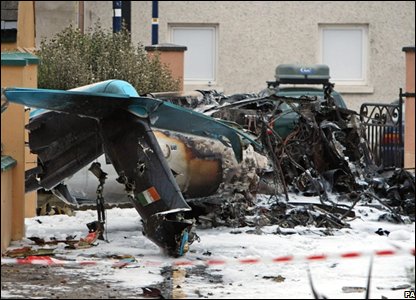 A judge has rejected a €30,000 settlement offer for a young girl who developed a serious stress disorder after having seen a helicopter explode in flames in the centre of Bettystown, Co Meath, 12 years ago.

Barrister Jennifer O’Connell told Judge John O’Connor that the then ten-year-old girl and her mother were lucky to have escaped death when the helicopter crash-landed within yards of them in the car park of the Neptune Hotel on 18 September, 2008.

Ms O’Connell told the Circuit Court’s first remote hearing of a civil case because of Covid-19, that Megan Whelan had seen her mother Angela Whelan hit by debris flying from the crash scene.

Judge O’Connor said the proposed settlement was not nearly enough for the significant psychiatric injuries Megan, who turns 18 in June, had suffered.

He refused to approve the offer made by defendants Barrack Construction Limited, Gp Helicopter Pilot Services and the pilot, William Curry.

Ms O’Connell said if the offer was not acceptable to the court, the teenager’s legal team would be making an application to have the proceedings transferred to the unlimited jurisdiction of the High Court.

Angela Whelan suffered a hip injury from flying debris and had settled her claim several years ago. 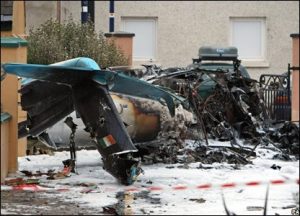