Eddie Maguire, from Dunmoe, Navan, has had a long and varied career in sport, not to mention an equally prolific one in songwriting, and his achievements are to be broadcast to the nation on TG4 this coming Thursday. 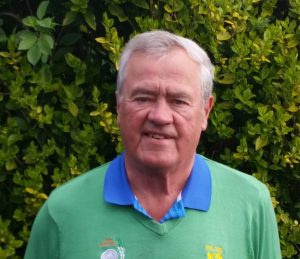 Eddie Maguire celebrates his recent win at the Grangecastle Classic.

The former St Muredach’s and UCG student has had a most unusual sporting career.

Eddie played senior championship football for three different counties; his native Mayo along with Meath and Carlow. He also won senior club championships in three counties, with UCC in Cork, Walterstown in Meath and Eire Óg in Carlow.

While still a student in Muredach’s, Eddie played at centre-forward for Mayo in Connacht junior final against Leitrim. He made his senior debut against Sligo just after his Leaving Cert.

He scored a late winning goal against Dublin in the 1961 All-Ireland minor semi-final, but Mayo lost the final to Cork on a day of record attendance at Croke Park. He was a substitute on the New York team that beat Dublin in the 1964 National League final in Gaelic Park.

Eddie was inducted into the Belmullet GAA Club Hall of Fame in 2006 and received a special achievement Sports Star Award from the Western People in 2014.

In boxing, Eddie was a member of the UCG team that won the British and Irish Universities Championship in 1964 and 1965. Mick Lally (of Glenroe fame) was also on the team. In athletics, he won several Leinster and All-Ireland accolades in the discus, javelin and sprint relays.

Later in life, Eddie took up the game of golf. He has been visually impaired for several following an accident and joined IBG (Irish Blind Golf) a number of years ago. He has won the Italian Open three times, the Austrian Open twice, and finished sixth in the Handa Blind Golf World Championship in Tokyo.

He was on the Irish team that played in last year’s Handa World Challenge at Galgorm Castle in Co Antrim, the first time blind that golfers played in a professional event.

The Comhrá documentary on Eddie Maguire airs this Thursday, June 11, at 7.30pm on TG4. 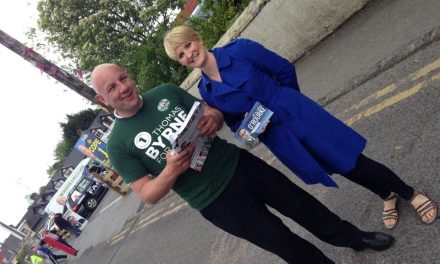