Paul’s big bet today is an EW punt on Georgeville in the 6.45

He told us. ‘he has a touch of class and although the bare form figures don’t look great, there was more than a hint last time out that he was close to finding his best form.

‘Dermot Weld has started the festival in blistering form and at 10/1 this is one of his that represents great value.’

‘Oristown handler Michael Mulvany was on the mark yesterday and his In From The Cold was flying at the finish in the Curragh in his last race, if he shows anything like that late pace he has a great chance in the 6.15.

And his final one is appropriately in the final race.

He revealed, ‘I have seen the horrors of ‘Nam man, and that’s why I will go with Thomas Mullins aptly named Nam in the getting out stakes.’ 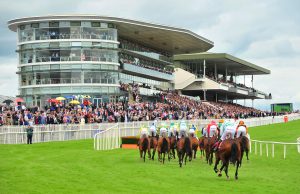