Goals win games, as Trim manager Brendan Murphy would be well aware from a lifetime spent between the posts, and he  saw his side send three past Rathkenny in this IFC clash.

Trim raced out of the blocks in fine fashion in Pairc Tailteann on Sunday evening.

They raced into a four point lead in the first three minutes with a goal and a point from lively full forward Aaron Lynch before Rathkenny got on the scoreboard in the seventh minute with a pointed free.

Trim responded immediately with a great point from play again from the boot of Aaron Lynch.

Rathkenny then had a purple patch and hit four points in a row from the tenth to the twenty fourth minute. It could have been better for Rathkenny during this time of dominating the game but they kicked the ball five times short into the hands of grateful Trim Keeper Barry Callaghan.

Trim’s new recruit Mark Molloy registered his first championship point for the Reds in the twenty seventh minute. Judging by Molloy’s contribution to this Trim victory Trim have got a very good player. Aaron Lynch then gave Trim a real boost as he added his second goal of the first half to send the winners in at the break leading by 2-4 to 0-6

On the resumption Trim looked like a team with a mission, they pressed Rathkenny high up the field and worked very hard when their opponents had the ball. and the hard work and pressure paid huge dividends in the third minute of the second half when speedy corner forward Eoin O’Connor blasted the ball to the back of the Rathkenny net at the O’Mahonys end.

Rathkenny replied with a point but the next three scores came from the town side from the boots of Molloy, Lynch and Sean Fitzgerald. The game finished out with Rathkenny adding two their tally and Aaron Lynch adding another to his wonderful tally of 2-5. 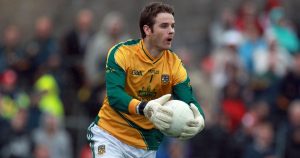 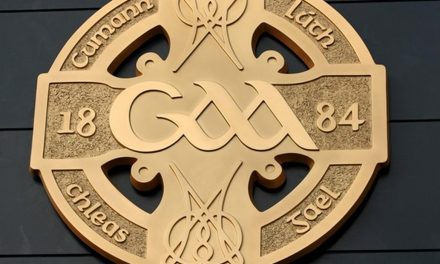 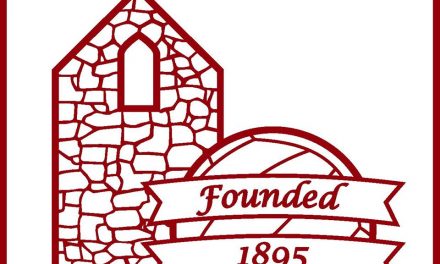