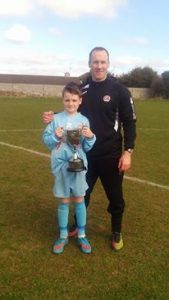 ‘If the real Parkvilla turn up I’d be confident, we certainly have goals in us.’

Parkvilla under 17s manager Kenny Ratty issued the rallying cry above as his side prepare for Sundays showdown in the FAI Cup final against Mervue from Galway.

Ratty’s side will be bidding to become the first team to bring the prestigious trophy back to the Royal county and the gaffer cites their fighting spirit as one of their main assets.

He told Meath Live, ‘Twice in the competition we have gone behind, rallied, and won, and that against two good teams, Everton and Crumlin, that is the great thing about this bunch of lads they never hang their heads at all, if they go a goal down they seem to be inspired’.

The hard work has been done, but the ‘Villa lads still have one important training session to come.

‘We’ll get together on Saturday and do a session on set pieces, we work a lot on those and they have been a help that’s for sure.

‘I tried to get a DVD of Mervue’s semi final but I was told it had been deleted!, I have spoken to the managers of Douglas Hall and St Francis both of whom Mervue beat on the way to the decider, and the word I am getting is they are a good footballing side who play from the back but are not scared to hit long balls if they have to.

‘For me though the prep has been all about us I believe in this team if we play as well as we can and get beaten then fair enough it will be a very good side that done us. 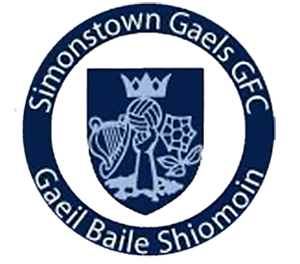 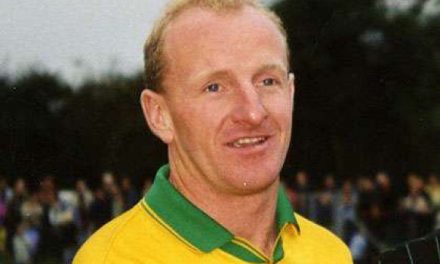