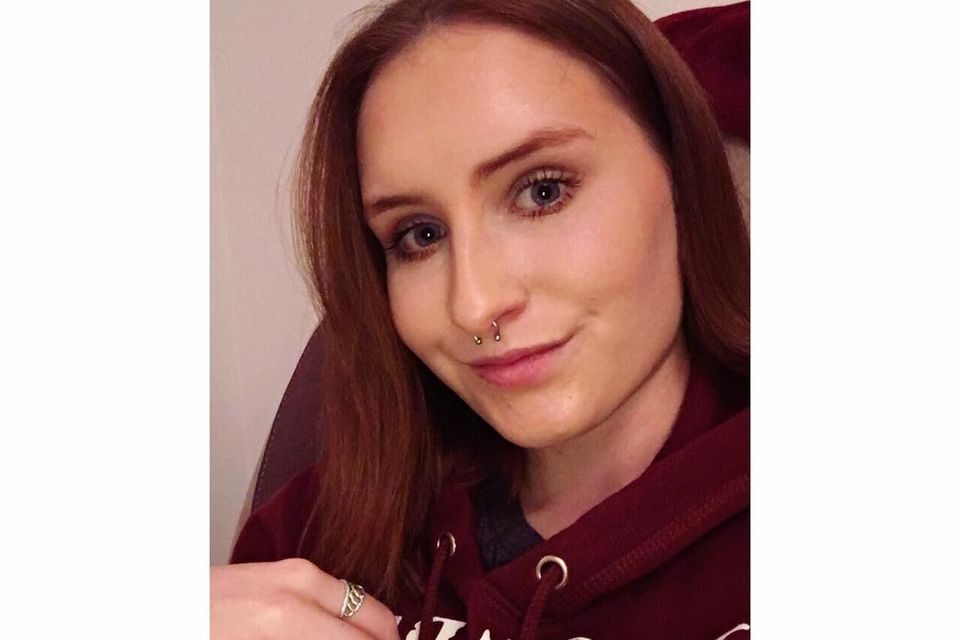 In her first Meath Live column, our East Meath reporter, Bronagh Loughlin, opens her heart on the struggle she had with a serious eating disorder.

We defy anyone to read this and not feel emotionally touched by it.

I remember one day in particular when I started college, I was really nervous to sit and eat with my new class mates. This is because I have always been nervous to eat around other people because in my early teen years, I had anorexia nervosa and I know that if I receive any comments about what is on my plate or feel a strange look from the corner of my eye, I will feel triggered when I could have avoided that.

This day, I was with one other person and we went outside to eat. I thought I better explain myself to her. So, I told her that I had an eating disorder when I was younger and although I am better now, there are some parts of it that will never go away, that being eating in front of people. Her response was “I get you; I’ve been on a diet before too”.

I never talk about the fact that I had an eating disorder to anyone really. This is because I am under the impression that it is one of the most stigmatised mental health issues. At that moment when she referred to this struggle as a diet, I felt so misunderstood and that my time of disordered eating was thought to have been no more than a diet.

This was not the first nor the last time, I have heard things like this and don’t get me wrong, it has not all been directed toward me. I even gathered this idea from speaking to friends who tell me, “no Bronagh, I would have no comprehension of what an eating disorder truly is or why someone would not eat”.

I’ve also received responses such as “eating is a normal thing for humans to do so I cannot understand how someone would have an issue with such an easy task”. There’s nothing necessarily wrong with these responses. These people just have never gone through something like an eating disorder and clearly have a misunderstanding of it.

Many think of an eating disorder to be no more than a frail thin girl who started out on a diet and lost control, wanting to lose more and more. People often joke about it, “ah just eat a burger, get over it” or “perfection is unattainable”.

However, a lot of it is simply a misconception. In my own personal experience with my eating disorder, it wasn’t actually about food or weight. In other words, it was more of a case of wanting to control something in my life, and in my mind, food was easy to control for me.

The weight is almost like a result of this control. Eating disorders are simply more complex for the most part than simply being a diet or a lifestyle. In addition to that, they are not subject to

gender. We always see this image of a young woman suffering but never men and that may be why people do not ask for help when they are struggling.

I mean, realistically who would feel confident seeking out help with so many misconceptions out there? Someone may feel, I am a man, I am not supposed to suffer with this so I don’t need to ask for help. Alternatively, a young woman may worry that by seeking out help, it will confirm misconceptions such as that she is an attention seeker, someone whose diet went wrong or that it’s a lifestyle.

The problem with how people view eating disorders is that they look at it in very simple terms. She does not eat so she wants to lose weight, she likes losing weight because she gets attention because people are concerned about this. I know it is challenging to imagine when you have not gone through it and it sounds outright bonkers to most but the food is really just what the eating disorder concentrates on.

It is not really what it is all about. In addition to that, they don’t just simply affect a person’s weight. They affect their physical health, their mental health, their quality of life and they affect the lives of the people around them. The reason I could never go back to not eating is because I have never experienced more dark thoughts than when I was not eating.

Alongside that, I was extremely cruel to the people around me. Although it may look like an issue of vanity on the outside, on the inside, I hated myself, I was consumed with dark thoughts and suicidal ideation. My time with anorexia were the darkest years of my life because they were not just times of a small amount of food. They were times of extreme depression and bipolar moods.

To compare something as complex as an eating disorder to a lifestyle choice, an issue of vanity, or just a diet gone wrong is massively insulting. These conditions are extremely complex, there is more than meets the eye here.

I cannot tell you how much my brain was exhausted from hearing this because I have heard people saying things like this all my life. The reality is that eating disorders are a mindset and

control mechanism with physical effects happening to your body as you go along. It’s not a case of you are 6 stone, you are now applicable to have an eating disorder.

For people who have bulimia, often we do not see a dramatic change in weight, does that mean they are not applicable? Although I was underweight and did have anorexia, I was not massively underweight. Does that mean I don’t apply?

It is so wrong to think the requirements for an eating disorder to be no more than weight loss. Think about the other side of the spectrum too, eating disorders can also mean gaining weight. However, in the matter of gaining weight, sometimes when people make comments about obesity, all weights apply here.

We need to start thinking about who is in the room when we are making these comments. Some people may not even have an eating disorder, they may just have a certain gene or a fast metabolism.