The controversial former chairman of the Meath GAA county committee, Peter O’Halloran, who resigned his position in 2019 after a national newspaper revealed WhatsApp messages he had sent to referee Patrick Nelis telling him he was going to send him to ‘ride’ the Slane club in an upcoming game, is standing for the position of Assistant Secretary at next months county convention.

Nomination papers have been sent out to all clubs in the county and sources have told Meath Live that as this year’s convention is to be held virtually all proposed candidates had to confirm their acceptance of the nomination last week and that, Drumconrath club man, O’Halloran did so.

He is free to stand as there is no rule prohibiting him from doing so.

O’Halloran resigned in September 2019 and two months later legal advice was given to the county committee that no suspension could be put in place as the official complaint received from Nelis was outside the time limit of 96 days after the event which occurred back in 2017.

However on a vote of 7/6 a motion was passed that, subject to further legal advice, O’Halloran would have privileges of GAA membership withdrawn from him for a period of one year.

Subsequently at a meeting with their solicitor committee members were told that the 96 day rule even prevented them from doing that.

The former chairman’s decision to stand has caused surprise within GAA circles in the county.

One source told Meath Live, ‘Most people assumed Peter would try and return to the top table at some point but this is seen by many as way too soon.

‘It would be seen as far more sensible if he had waited another year or two but he’s entitled to run, whether or not he will get that much support from clubs is questionable.

O’Halloran will be up against Dunsany’s Brendan Cummins and Brian Kelly from Seneschalstown for the role. 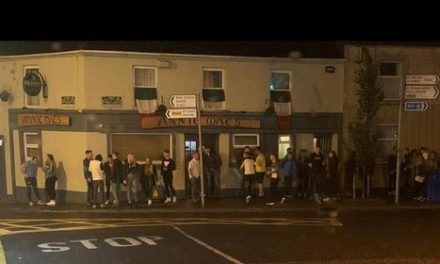