A former high level official in Meath GAA wrote to the county committee on two separate occasions earlier this year querying why former board chairman, Peter O’Halloran, has been allowed to continue refereeing matches.

O’Halloran, who is seeking the position of Assistant Secretary at the forthcoming convention, resigned as chairman in late 2019 after admitting to sending WhatsApp messages to referee Patrick Nelis telling him he would be sending him to ‘ride’ the Slane club in an upcoming match.

He also labeled the Boyneside club as ‘tramps’.

His outburst came not long after a fractious game between Slane and O’Halloran’s Drumconrath club.

When the issue was highlighted in a national newspaper the Meath board requested Leinster Council to investigate it and they subsequently established a committee that looked into the affair and found O’Halloran had fallen short in “leadership, transparency, accountability, and integrity” as set out in the GAA’s governance guide.

No suspension was handed down as the complaint about the incident had not been received within the stipulated period.

The high ranking official, who cannot be named for legal reasons, cited the committee’s findings in his original letter which was read out to, but not shown to management committee members, shortly after it was received last March.

There appears to be some confusion as to whether the letter, which was sent after the official noticed O’Halloran had been appointed to take charge of a minor game, appears in the minutes of that meeting.

When the official who has held top table positions at the county committee level, received no reaction to his initial correspondence he penned a second letter outlining his concerns.

And it has now emerged that while O’Halloran continues to referee the whistler he sent the messages to has not been allocated a match since the story broke, something that is causing bewilderment in GAA circles.

One source told Meath Live, ‘If you step back and look at this objectively here’s a man who suggested to a referee that he would send him to ride a club in a match still being allowed referee games himself while the bloke who revealed the wrongdoing has been ostracised.

‘The feeling within the county is that those in charge got this the wrong way around certainly Pat Nelis should not have been unofficially sidelined for raising an issue in which he was subsequently found to be telling the truth.

‘The two letters the board received from what would be a highly respected GAA man set alarms bells ringing because they know their content reflects the overall feeling within the GAA community in the county.’ 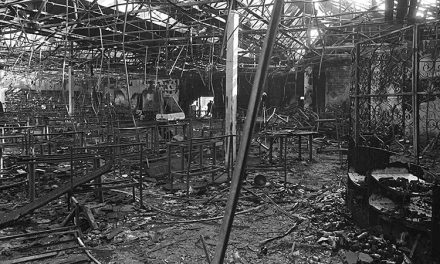