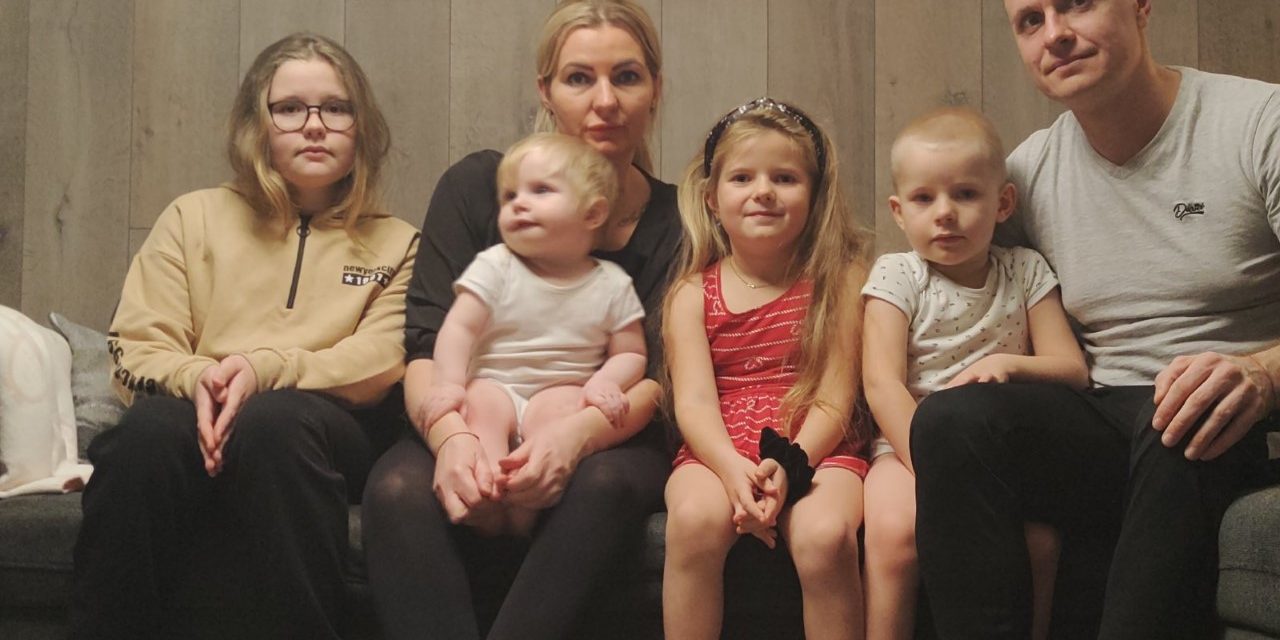 A front line worker and her young daughter were left in tears on a dark roadside and forced into a long walk home after cops seized their car claiming it had no insurance or NCT despite the fact the woman’s husband sent them a screenshot of documentation that established it was in fact insured.

Also, as NCT testing has been severely delayed by Covid19, Gardai now have the discretion not to act against any vehicle that is four months or less without a valid NCT certificate.

Jelena Zabara, (36), a health care assistant in Beaumont hospital, and her daughter Angelica, (11), had taken a short trip to chemists, in Ashbourne County Meath, last Friday, to buy pain relief for Jelena’s ten month old baby, who was teething, when they ran into difficulty.

Her husband Vadimas told Meath Live, ‘ My own car is in for repairs and the garage kindly loaned me one for a few days, my insurance policy is with Allianz and states that we can drive any car up to 2.0 litres for seven days and still be under cover, so Jelena knew she was okay.

‘The NCT expired last September and as it wasn’t our car we couldn’t prove whether or not the garage had applied for a test but anyway they could have used common sense as they are allowed to do now.

‘When Jelena rang me she said a guard had asked that I send a photo to her phone to prove cover was in place and I did that but they wouldn’t budge and insisted the car was to be seized.

‘At that stage, and just to be on the safe side, I rang Allianz who immediately told me the car was insured and transferred the insurance to the borrowed car anyway.

‘Jelena then explained she is a front line worker and needed the car to travel to her employment but he ignored that as well.

‘The two of them then went down to Ashbourne station to plead their case but were told that as the guard who was dealing with the matter had finished work they would have to come back in the morning when he was on duty again.

‘This was a woman with a young child remember and they weren’t even offered a lift home and had to walk a few miles back on a dark night.’

When Vadimas turned up the next day he discovered the car had been towed to a yard in Dunshaughlin ten miles away and it would cost him €128 to get it back.

He revealed, ‘I paid up, and this still puzzles me, they said it was okay to collect it and drive it but nothing had changed since the previous day, the situation with the NCT and insurance was still the same, so why was it a problem on Friday and not on Saturday.

‘Anyway I  got a friend who is a mechanic to give me a lift over to collect it, but we had even more bad luck, when we got there it wouldn’t start.

‘My friend checked it and said the engine was okay but suggested something may have been damaged when it was being transported from Ashbourne, he wouldn’t even allow me to try and push start it in case I got the blame for whatever was wrong with it so we had to leave it there and I’m afraid that they will try and charge me further fees for doing that.

‘I’ll have my own car back this week but at the moment we are using a second borrowed car I felt bad having to explain to the garage what had happened as none of it was our fault.

‘We had the cover in place the NCT was inside the discretionary period but none of that seemed to matter.

‘As a family, we have the height of respect for the guards and the job they do but this one individual just wouldn’t see sense over it, it was an avoidable situation really, he could have handled it better, he ended up leaving two females in tears when there was no need for it.’

A Garda spokesperson confirmed they have discretion in relation to NCT’s as they said in a statement, ‘Gardaí seized a car in the Frederick Street area of Ashbourne on 18/12/2020 at approximately 4 pm

. The vehicle had no insurance or NCT displayed. Relative Fixed Charge Penalty Notices were issued.

‘An Garda Síochána would advise any motorists who may be stopped at a checkpoint or otherwise to have their confirmed NCT test date to show Gardaí.

‘If a member of An Garda Síochána stops a member of the public at a Checkpoint and the NCT is out of date longer than four months, it is a matter for the individual Member to decide if the motorist has made proactive efforts to rectify the situation.

‘The roadworthy condition of the vehicle would also be taken into consideration. This would include tyres and lights etc

‘Even with a four month extension, this vehicle must be in a roadworthy condition.’

Almost 200 people on waiting list for counselling in Meath