A suspect in the gruesome murder of a teenager whose body was dismembered last January “could have been seriously harmed or even worse” had gardai not intervened in a tense situation in Drogheda, Co Louth last night, Meath Live has learned.

Video footage, (see below), has emerged on social media of a group of to forty people, many said to be friends of the dead youth, congregating near a house in the town last night.

It is understood that the suspect was visiting a close family relative at the time.

Gardai intervened in what was described as an escalating situation.

One source told Meath Live, ‘The man was very fortunate that the Gardai became aware of what was going on, he would have been hurt or it could have been even worse but for their intervention.

The footage can be seen at sundayworld.com 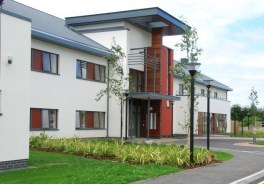