Fianna Fáil has suspended an officer of one of its branches after he issued press releases which claimed that Covid 19 was ‘the same as a bad ‘flu and also said that the death rate during the pandemic was no worse than in the previous year .

The Louth / Meath Coastal Comhairle Dáil Ceantair, press officer John Kierans is at the centre of the controversy after his claims also saw him blasted by Minister for European Affairs Thomas Byrne and former FF deputy for Louth Declan Breathnach.

And Kierans has labelled a CDC meeting, which he refused to attend to discuss the matter, as a ‘lynch party.’

A press release sent out, by Kierans, late last week compared the Coronavirus to the bad flu while one released on Thursday of this week said, ‘The salient point is that the number of people that died in Ireland in 2020 was no different from any other year.

‘To put it another way, we lost no more loved ones in 2020 than the year before.

‘The prevailing belief that we have just lived through a period of excess deaths are simply not supported by the pertinent facts’.

It also claimed that the reaction to the virus has been hysterical, as it stated, ‘History will record 2020 as a year of hysteria, not a year of pandemic.

‘I suspect history will be unkind to the more enthusiastic proponents of mask wearing, contact tracing, social distancing and all the other impositions placed on society.

‘People who appear smart today will look foolish in years to come, the anxiety, depression and gloom are unnecessary.’

Both press releases came on branch headed notepaper, which has upset party workers as it suggests they were representative of branch opinion.

‘These remarks are John’s opinion and not a reflection of party policy.

‘As John is currently suspended as PRO he is therefore not entitled to issue press releases on behalf of Louth CDC.

‘The officer board agreed on Thursday night that any further press releases/statements/comments issued on behalf of the CDC must be jointly approved by the CDC Chair and Hon. Secretary beforehand.

‘Any releases issued on from John in the last two weeks should be treated as his opinion and his opinion alone.

Local FF councillors, including Thomas Byrne’s brother James, have issued a statement disassociating themselves from the press releases and the Minister has supported their stance.

He told Meath Live, ‘I fully endorse the councillors statement, the party follows science and facts, this pandemic is only too real and my deepest sympathies go to everybody who has been affected by it’.

The party’s former TD for Louth, Declan Breathnach, said, ‘Everyone within Fianna Fáil is entitled to their personal opinion on any issue and equally they are entitled to express that publicly.

‘However they should not suggest that what they say is representative of the view of either a branch or the party overall when clearly it is not, the issue here is John never clarified that this was his own opinion.’

Kieran’s remains defiant however and stated 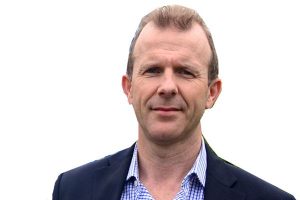 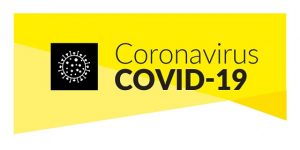 , ‘I was duly elected as the PRO in 2016 and cannot be unelected, there is no facility for that to happen.

‘I have repeatedly said on social media that this is not FF policy. It is a subject for debate in a party that has debates on policy.

‘The only policy statement that I did make was ‘Under Micheál Martin’s leadership, Fianna Fáil remains undaunted in its commitment to open discussions and policy formation from its membership.’

‘I don’t attend ‘lynch meetings’ at which I am the guest of honour. I will continue to act in the best interest of the party’.

Julianstown school is good to go

ARDCATH GIRL ELIZA IS A CLEVER LITTLE SEW AND SEW