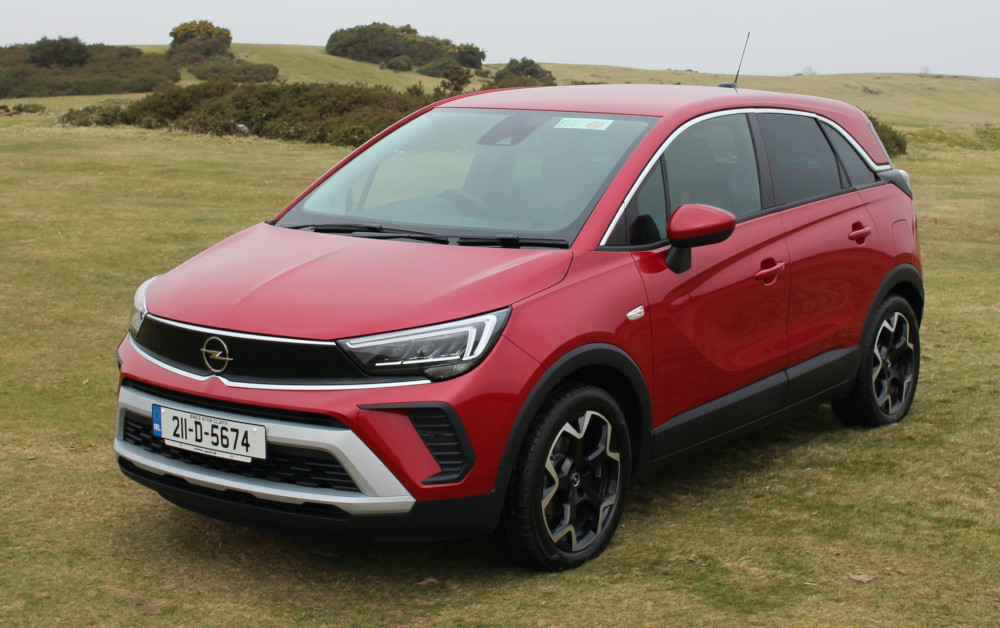 Whenever I drive a new Opel, I’m triggered to remember the first car I owned, an Opel Rekord estate. It could carry ten lengths of gun-barrel pipe on the roof rack, and half a dozen radiators and a boiler in the back with the seats down.

I was in the central heating business at the time, and because of its length and the ability to travel distances loaded down to the suspension bump stops, it was popular in that trade.

The 2021 Opel Crossland would probably not suit the same treatment, but it makes an interesting comparison in many ways. A bit shorter than the Rekord, wider and taller, and with a wheelbase not a lot less than the older car, which was then very much two segments higher than where the Crossland sits.

There are power differences too. My 1.5 Rekord boasted 55hp, the Crossland I’m reviewing here has an 82hp 3-pot 1.2 petrol. One figure that interested me was that the Rekord was a good 200kg lighter than today’s car, probably in large part a reflection of the extra amount of safety that’s standard in 2021.

I suppose the crossover format which has taken over the style of so many of today’s cars is the equivalent of the estate in those days, though taller.

The Crossland got a makeover last year, in the process dropping an X suffix to its name. It is the first model to get the new Opel grille styling, dubbed ‘Visor’, and looks very sharp with new smart headlights, gutsy air intakes, and the distinctive alloys that came with the SRI grade package.

You’ll know it from the rear too, that chrome-outlined back pillar and integrated roof spoiler marking the model out. And anyway, it has ‘Crossland’ write boldly across the tailgate. 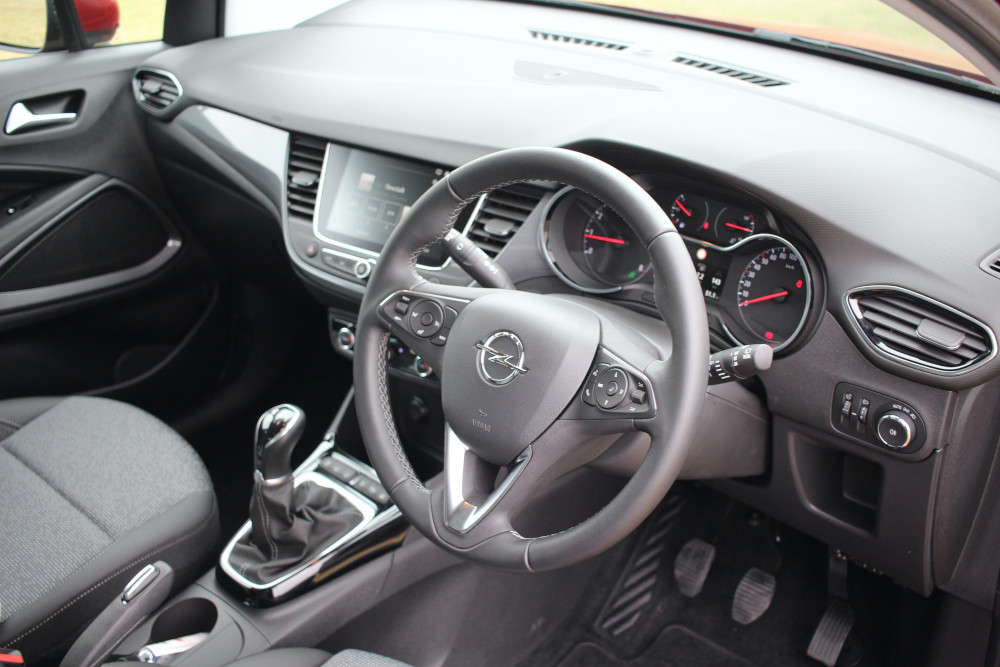 Though Opel is now owned by the French PSA Group and and the car shares its underpinnings with the Peugeot 2008, the Crossland retails a very Opel look inside. Buttons, knobs, and the lighting controls on the dash to the right of the steering column are all familiar to owners of the brand’s models down recent years. It’s interesting that the instruments styling is Germanically conservative compared to that in the Gallic cousins.

The car is roomy and comfortable, and easy to get a suitable driving position. And blessedly easy for a tall person to enter and egress. Good space in the back too, even though this is actually a small crossover related to superminis. The boot is deep, and there’s the option of a good space with a fairly flat floor when the rear seats are down (there are lugs in the boot to have a second raised floor, allowing concealment of valuables that you shouldn’t leave in the car anyhow).

There’s a skinny spare wheel, well worth the mention in these days of squirty get you home kits.
You’ll know it from the rear too, that chrome-outlined back pillar and integrated roof spoiler marking the model out. And anyway, it has ‘Crossland’ write boldly across the tailgate. 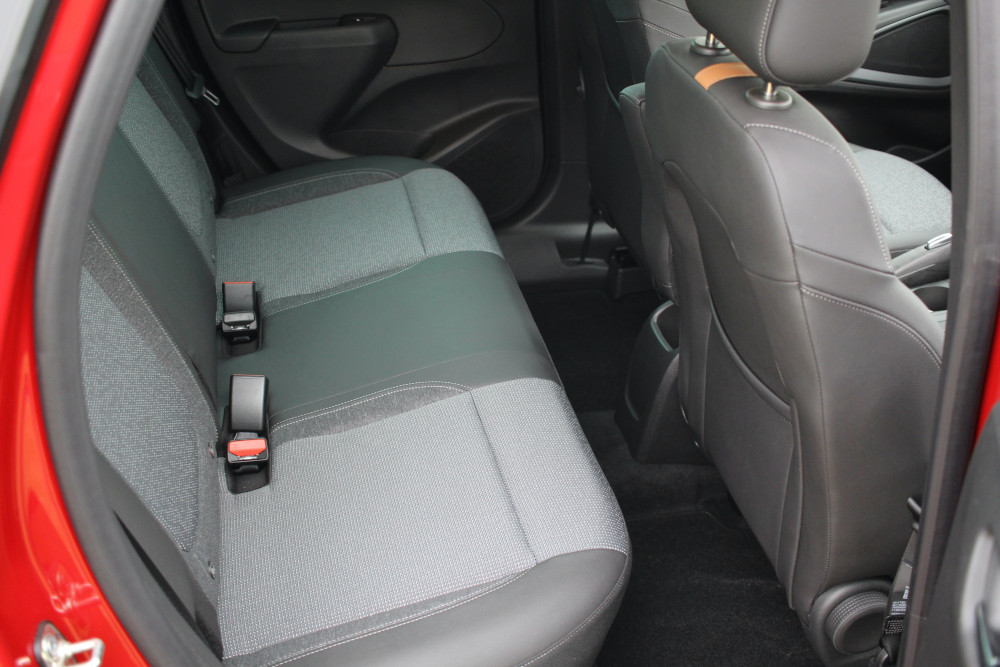 For people like me who drive a lot of different cars, the 5-speed gearbox and the engine were immediately recognisable as coming from the French part of the family. As it happened, I’ve been driving mostly automatics lately, so it took me a short while to get used again to the stick-shift. There’s a 130hp automatic petrol available, which would really be excellent in this car. There are also a pair of 1.5 diesels.

Basic technology is at a high level in the Crossland, including lane departure warning, cruise control, and DAB radio. The SRI adds comfort stuff as well as a rear view camera and overhead view parking assist.

Even in these times of distance restrictions, I have a good variety of roads and motorway to get a decent sense of a review car without breaking for the other end of the country. The Crossland takes all these with aplomb. For those who like the ‘blitz’ logo on their cars, it will suit very well. 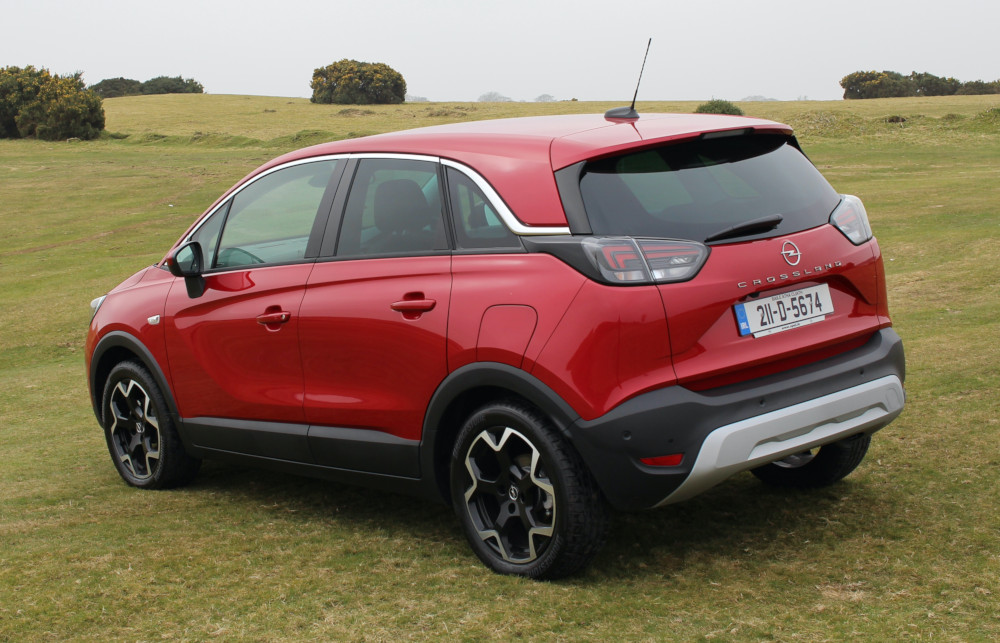 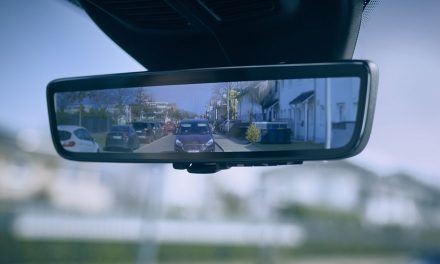 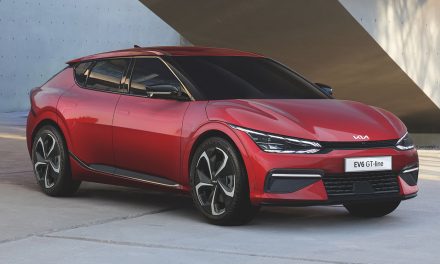 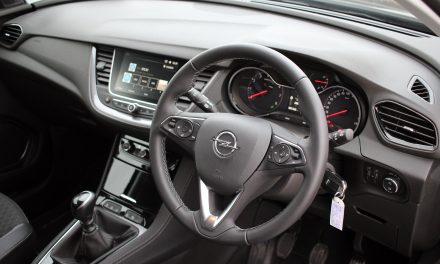