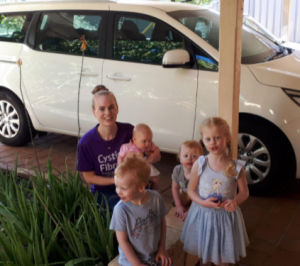 Grace Doherty. Kelley and Cathy’s cousin who did the run in Australia

Yesterday marked the 9th year of the Duleek 10k mini marathon for Cystic Fibrosis Ireland. The event came about as a remembrance for Sarah McKenna’s (who is one of the organisers) sister, Kelley Noone, who died in 2007, and her cousin Cathy O’Brien, who died in 2006. Both died from the hereditary disease, cystic fibrosis, that affects the lungs and digestive system.

McKenna, her dad and the Noone family, holds this event every year between the 1st of April and the 25th of April, to raise awareness for Cystic Fibrosis Ireland and to remember Kelley, Cathy and other loved ones who have passed away from the disease.

It is also significant because it would have been her sister’s 30th birthday, on the 30th of April, hence why Mckenna choose this particular month to run the event.

McKenna said Duleek has been very supportive of the family. Pre-Pandemic times, Duleek would have turned purple as it would have been covered in purple balloons, the colour chosen for CF Ireland. There would be great community spirit as people would gather at the green and there would be music and a barbeque taking place. People can still raise awareness, by wearing their Purple CF Ireland t-shirt with pride.

This would be the 2nd year the event had to go virtual due to the pandemic. McKenna told Meath Live that “the 2nd virtual event was so successful and really exceeded our expectations! We were quite nervous that it would not draw the same interest but the opposite was the case”. Approximately 800 people, young and old, registered for the event, from all over the world, including Australia.

The route the family choose for the 10k event was a challenging and very hilly route, but they choose that particular route specifically because for people who suffer from cystic fibrosis, “every day is a challenge for them”.

Over the past 9 years, the family have raised €190,000 for Cystic Fibrosis Ireland, Drogheda branch, which they are members of. In 2021 alone, they have raised over €20,000 to date and are still receiving donations into the Just Giving Page. Link: https://www.justgiving.com/campaign/DuleekCysticFibrosis10k2021

McKenna stated: “We cannot thank everyone enough for their enormous support year after year. This includes the local community of Duleek, the local businesses, local GAA & Athletic clubs and groups who make this Run possible. Of course, we cannot forget our family & friends who help and encourage us all the way…” 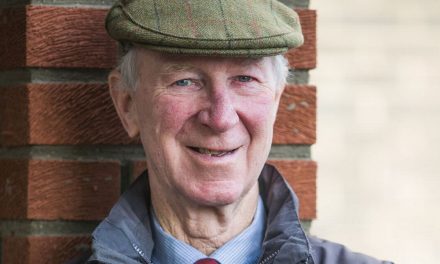 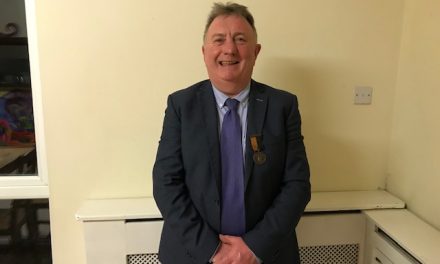 Should have gone to SpecSavers