A Dáil deputy and a grassroots campaign have expressed major concerns over how the deaths of two people in the Mosney direct provision centre have been dealt with by management at the Meath facility.

Posts on the social media page of the Abolish Direct Provision group have suggested that residents of the centre who were suspected of leaking news of a death there, last Monday night, were threatened with transfers to centres in other parts of the country.

And Aontú leader, Peadar Toibín, a TD for Meath West has said that despite strenuous efforts he cannot get confirmation of the death.

On Tuesday the Children’s Ombudsman, Dr Niall Muldoon, released his office’s report on the welfare of children in direct provision, and in a follow up webinar it was revealed that many asylum seekers have raised issues about overcrowding, lack of space, discrimination or lack of privacy, but some do not want to go through with their complaint or have it fully investigated, for fear that they would be identified as the complainant or that they might get in trouble.

‘In response to a death in January, Minister O’Gorman’s office wrote to me saying that “as is the case with all such sudden deaths, any investigation of the death is a matter for An Garda Síochána and the local Coroner’s Office. The centre management and the IPAS will cooperate fully with these authorities as and when requested

‘Reports today of a second death underscore the need for full transparency around the death rate in the direct provision system. The Minister has previously told me that the government does not record or publish the number of deaths that occur within the system. This is phenomenal. If we look to our past, and the many historical cases of abuse and scandals only coming to light now, we can see the importance of record keeping and transparency.

“Every time a person dies in direct provision, and every time the opposition asks a question about it, we’re told that it is a matter for the Gardaí, the coroner and the Births, Deaths and Marriage Registry.

‘This is truly worrying – the government needs to monitor and record the death rate as a very basic means of ensuring that the human rights of asylum seekers are being upheld. Every evening each TD and Senator is furnished with the daily number of Covid-19 cases and deaths – and yet the government cannot tell us how many people died in direct provision last year!

‘For this reason, I wrote a letter to the Minister, the Taoiseach and Tánaiste a few months ago, calling for an annual report on the death rate in the system TD’s and Senators from every party except Fine Gael also signed this correspondence.

‘The Minister wrote back to say that he did not accept the allegations of secrecy. I am today releasing a copy of both the letter that we sent to the government and the response I received from the Minister. I understand that the direct provision may not be around for much longer, but in the interim we need checks and controls in place to ensure that alarm bells can be sounded if the death rate spikes’.

Aontú East Meath representative, ‘Peter Whelan also expressed his concern over the situation, saying, ‘ I am calling on Roderic O’Gorman the Minister with responsibility for this area to make public this very relevant information to our people. We are in the year 2021 and surely it is not asking too much to give details of death numbers in a facility operated on behalf of our state’. 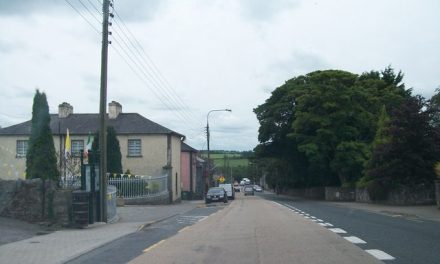 Three due before court over stolen cars