Concerns raised over numbers being vaccinated in Simonstown

Last month, the HSE opened a vaccination centre in Simonstown GAA centre in Navan, with the aim of vaccinating 400 people a day which they hoped would soon move to 1,200 a day. Clinical Lead, Eileen Gilsenan, branded the opening of the centre as “a great day for Meath” and that it was “part of the covid recovery plan”.

However yesterday at the MCC monthly meeting a number of councillors expressed concern that targets are not being reached.

Fine Gael’s, Cllr Gerry O’Connor, claimed that the centre is only administrating “2,000 vaccines a week when it has the capacity for 7,000”. he said that he has contacted the vaccine centre and the answer he always receives is that “there are supply issues”.

O’Connor finished up by saying that many people in their 60s have not been called for the vaccine yet, including himself. The HSE is currently registering people in the over 50s age range.

He claimed that his constituents are very angry about this. At the meeting, he mentioned that some must wait 21 days after they register before they get a text.

Cllr Gillian Toole (Ind) revealed that 11,084 vaccines have been administered at Simonstown, Navan.

She asserted that the delay is due to a shortage of people being able to administer the vaccines. Toole also made the suggestion that there needs to be a recruitment drive 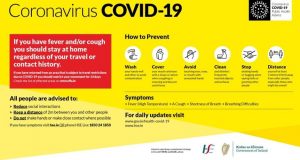 Online dating the new way to meet a partner