In theory, this might seem a good idea, but would you really want tobe the poor old referee who blew it up early if some supporters arrived! 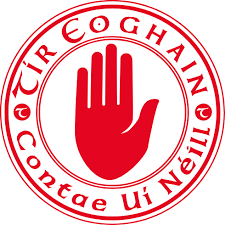 Ahead of the return of competitive action, clubs in Tyrone have been reminded of their responsibility to ensure that all games are played behind closed doors.

In guidance to their clubs, Tyrone GAA said that games will not be allowed to start or continue if spectators gain access to the ground, and if that happens then the match in question will be deemed null and void.

“Until advised differently, the Management Committee and the CCC are directing that there shall be no spectators in attendance at all adult and youth games, under any circumstances,” said the Tyrone GAA statement.

“All games must be played behind closed gates.

“In the event that there is any breach of this directive, by spectators gaining admission to a Club’s ground, the CCC will not permit the game to commence, or allow it to continue, if such a breach occurs during a game.

“Where such action is taken by the CCC the game will be declared null and void.

”It is deeply regretted that no spectators can be permitted to attend games, but there remains a huge onus and responsibility on all GAA members to continue to play their part in the prevention of the transmission of the Covid19 virus throughout our communities.”