At the Meath County Council meeting on the 10th of May, Ashbourne based Cllr Amanda Smith (Ind) asked the Corporate Policy Group (CPG), if they could review her motion that was “rejected” as she felt her motion was county related.

The CPG co-ordinates and links the work of the various Strategic Policy Committees (SPCs) and acts as a forum where policy decisions affecting the entire council can be agreed upon for recommendation to the full council.

During the debate, Cllr Nick Killian (Ind) was in support of Cllr Smith and he asserted that he felt Smith was “discriminated against” because her motion was rejected. The Cathaoirleach, David Gilroy, asked Killian to clarify his remarks, Killian retracted his statement and said he felt she was “not treated fairly”. Killian made it known that Smith was “extremely upset and distraught”.

Fine Gael’s Cllr Sharon Tolan (Bettystown/Laytown) also brought up that she submitted a similar motion that was a county initiative and appealed for it to be reviewed.

Robert Collins, Senior Executive Officer at Meath County Council, told Cllr Smith and Cllr Tolan that “motions have not been rejected, the standing orders have been applied and that they will be referred to Ashbourne Municipal District and Bettystown/Laytown Municipal District for review”. Lastly, he stated that there “was no discrimination and no personal issue at all”.

Meath Live spoke with Smith about the situation. She revealed her motion was in relation to the new Fingal Coastal Walkway, which is described as “a high quality, safe, attractive and environmentally sympathetic coastal walking and cycling route linking Donabate, Rush, Loughshinny, Skerries and Balbriggan and the wider North Fingal area”. 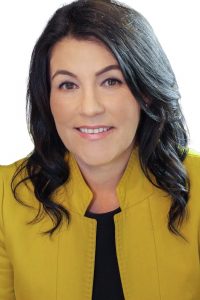 claimed her motion was to “call on Meath County Council’s active travel officer to extend the route to Meath and for the council to take the same application”.

She hoped that the route would include “Gormanstown à Bettystown à Boyne Newbridge”. She said she “knows it will take a few years and that it needs lots of money”, but that it was “something positive, that would benefit the area”.

She revealed that she got a call last week from the CPG saying “it was not a matter for full council”. Smith expressed her disappointment: “the council did not see it as a coastal motion or a matter for full council, but it was to me”. She stated she was not happy with that decision and that it should have been sent to full council as it “affects our whole coastline, affects everyone and affects more than one municipal district”.

Lastly, she believed that Meath County Council needs “a plan” and “some sort of vision for the East Coast”. She claimed that Ashbourne, the area she represents is “not getting what we need and that we should be doing more

Trim to be part of EU project

McKee; Teachers not solely to blame for SNE problem