We’re not sure would be worse, a ‘Wickla’ man taking off a Russian accent or a Russian guy trying out a Wicklow brogue.

But Holy God Miley but hasn’t there been numerous people receiving unusual phone calls from hackers claiming to be from the Department of Social Protection all this week and didn’t one of them only try and convince people he was our, dearly beloved, (yes really !) Minister for Health.

These hackers usually call with an 083 or 087 number with an automated or ‘robot’ voice, alerting people that their PPS number has been involved in ‘suspicious’ activity and there is a warrant out for people’s arrests and to ‘get further details, they must press 1 on their phone’.

Sometimes the information in the call alternates and they claim recipients have been involved in money laundering and drug trafficking.

The unlucky person received a call from somebody claiming to be Stephen Donnelly, however, this Stephen Donnelly did not have the usual Wicklow accent, but a Russian accent, claiming that the caller is ‘owed a refund from the HSE’.

HSE staff have also complained that they have been receiving these scam calls.

The Department of Social Protection has told people that they would not contact people in this way. Minister Heather Humphreys has warned, “if you receive such a call or text, please do not engage with them and don’t share any of your personal information”.

The Gardaí have stated that “In all cases, what the fraudster wants is a victim’s personal data and control of their bank account in order to steal money from them.”

Meath Live has an ingenious way of finding out if it really is Stephen Donnelly on the other end of the phone.

Simply ask him for directions to Kilmancanogue or Brittas Bay, that’ll confuse them.

Got a call earlier today from the Department of Social Protection to say they had a warrant out for my arrest.

I've been rumbled. It was nice knowing you all pic.twitter.com/3fOzlwovcv 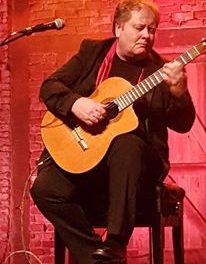