Behind the scenes with Leaving Cert Students

The leaving cert exams are set to take place on the 9th of June. This year has been an unusual year for secondary school students, who have had to study during a global pandemic. Last year the leaving cert exams got cancelled and students relied on continuous assessment for their grades. This method, while it benefitted a lot of students, other students were not so lucky.

The government found itself in a dilemma, trying to find a solution that would benefit everyone. NPHET and the government were initially adamant that schools were safe and were determined to give students the best educational experience. However, some schools had covid outbreaks, which resulted in lessons switching from in person classes to online classes for a couple of months after Christmas.

Meath Live managed to track down 3 leaving cert students and asked them their opinions on how their year went.

Evan Pereira who is a leaving cert student from Kildare found blended learning “fine at most points, but not the best’. He felt that being in a classroom is much better than online learning. He claimed he wasn’t fearful of catching covid in his school and that there was only one case reported.

When asked his opinion on whether leaving cert students should be prioritised for the Covid19 vaccine? He said no, but if they identified the high risked students, “provisions should be put in place for them”. He claimed he rather see elderly people and workers prioritised. He also said that he thinks the vaccine roll out is on the right track.

As students now have the choice to either sit the exams, be graded via continuous assessment or a mixture of both. Pereira said that he is very happy with the choice but the only issue he has is how “long it took to come to that decision”. He exclaimed that students were being “used as political footballs”.

When asked if he was prepared to take his leaving cert, Pereira said that overall, he is prepared and that one of the advantages of online learning is that all of his notes and classroom recordings are on his computer and he can look back at them.

Isabelle Flanagan, a leaving cert student from Roscommon said that blended learning was ok for her as she had “good quality wifi and a laptop”. However, she said she did find it hard to get on top of everything and that some of her friends struggled as they weren’t as fortunate as her to have good quality wifi or even access to a laptop.

Flanagan claimed that she did fear catching covid at school, although she said that the “school did try their best, but it was a small school and people found it hard to do social distancing”. She revealed that there were a couple cases in her school and that the school did not inform them which year had it, which led to rumours about it. She said she was disappointed with the government and in particular, Minister Norma Foley, for not realising that not all schools were safe.

We also posed the same question on Flanagan about the covid19 vaccine, she said that it should be according to “who doctors think should get the vaccine first”. She claimed that she would feel bad “jumping the queue 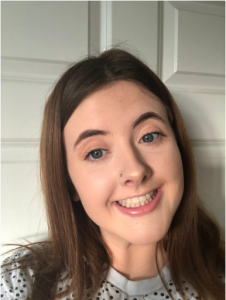 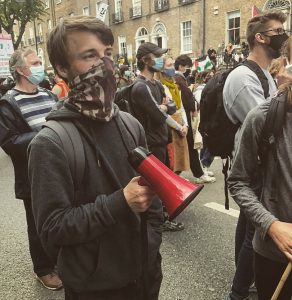 When asked whether she was happy with having a choice, Flanagan said she thought it was a “brilliant idea” and that it was something she campaigned for with other leaving cert students. Flanagan is adamant that this choice, should be the “future of the leaving cert”.

Flanagan stated that she is prepared, especially now that she has been given more choice and that her teachers have been so helpful and are currently giving her notes and providing her class with some additional online classes.

Conal O’Boyle, a leaving cert student from Donegal claimed he found blended difficult and the expectation to do the traditional leaving certificate, was difficult for him as well. He explained that the leaving cert is a 2-year course and that they missed classes in March, April, May 2020 and in January and February 2021. However, he did say that there were some advantages to working at home, such as waking up when he wanted to and logging on to study when he wanted to.

O’Boyle claimed that he missed his friends and the craic and that the pandemic has given him a different outlook. Now he is excited to go to school, not for the work, but to see his friends as he was very lonely during lockdown in rural Donegal.

O’Boyle said he did fear getting covid in school as his school already had problems pre-pandemic, revealing that the school was very small and therefore overcrowded. However, he credited the school and said that they did have precautionary measures put in place but covid was “always going to be a threat to this school”. He said when the school had to close its doors due to Covid19 outbreaks, that it was “the right decision but it was tough”.

On the covid19 vaccine, O’Boyle said if the government offered the vaccine at the start of the year, then yes, students should have been prioritised for the vaccine after frontline workers and teachers, especially in his overcrowded and small school. However, he claimed that each sector has a valid reason to get the vaccine such as Gardaí on the frontline. He told Meath Live that it is 4 weeks until the leaving cert exams, so there is no point asking for the vaccine now.

O’Boyle was “thrilled” that he has the choice and the flexibility. He revealed that he is sitting 3 exams and opted for continuous assessment for the other 5 subjects. Like Flanagan, he thought that this should be the future of the leaving cert and praised the Department of Education for coming up with this decision, but was disappointed and critical of the length of time students were made to wait for the decision to come through. He claimed that the future is now in his hands.

When asked was he prepared, O’Boyle said 5 subjects are now out of his hands but claimed he was prepared for the other 3 exam subjects, but noted that the government should have worn students in 5th year to “work hard” as each class exam could count towards their leaving cert grades. He is happy that exams have been shortened, that he has extra time and plenty of choice. He is also relieved that he “never has to do Shakespeare again”.

Lastly, he stated, “the leaving cert class of 2021 would be the most deserving of their success in life than any other year that has come before us”, noting how difficult it was last year and that they were told that no matter wh

Doherty to switch to Fingal