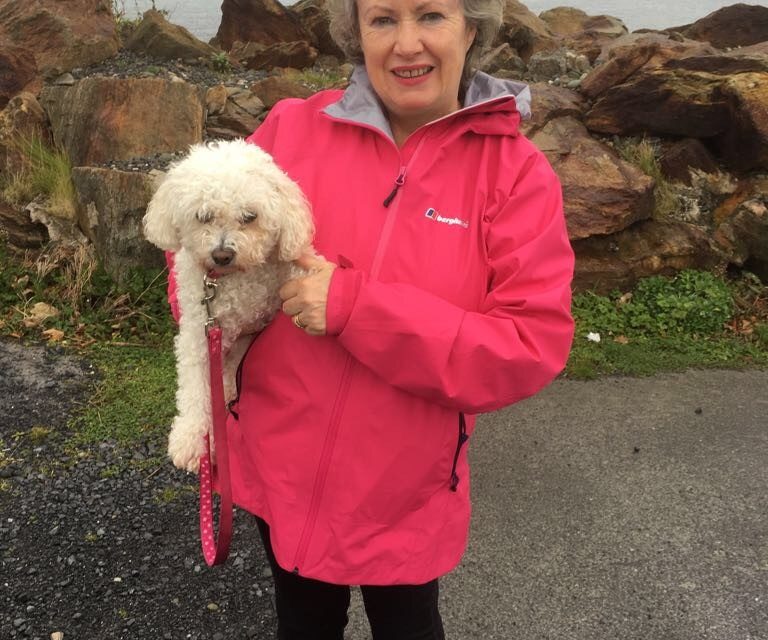 Meet Bonnie the Bichon Frise who got the birthday present from hell.

Bonnie belongs to Linda Fagan Hos and her family in Ashbourne and she is fourteen today.

However, on Thursday she wandered off and ended up undergoing what Linda says was a totally unnecessary operation, one that has left the family fuming.

Linda revealed, ‘We were getting a floor laid and as there were workmen coming and going we left the doors open and around 10 am Bonnie got away, at first I wasn’t too concerned as she often goes for a walk around our estate or the nearby roads and comes back half an hour later, she is a clever old thing and knows exactly where she lives.

But when she hadn’t returned by lunchtime my daughter and I went searching for her but there wasn’t a sign of her anywhere so panic set in and we rang the guards, but nobody had reported seeing her, we rang the vets and they had no word either.

‘I rang them straight away and got an answering machine with the message saying they were not open to the public due to Covid, but the next morning I headed in quite early and when I explained my case to the receptionist she contacted the vets and a girl brought Bonnie up to me wrapped in an old towel.

‘The thing I noticed immediately was that she had signs of having been operated on and when I queried it the girl told me the vet had removed a cyst from her neck.

‘Now the thing is Bonnie has had the cyst for years and the vet we use had said it wasn’t a problem, they felt she was too old to have surgery and as the cyst wasn’t putting her in pain it was best to leave it.

‘She was microchipped and they had my contact details on that, admittedly I may have changed my mobile number in the fourteen years we have had her, but they contacted the Irish Kennell Club who have my home address and they wrote to me telling me where Bonnie could be found, the Dogs Trust knew I was being contacted so why didn’t they wait.

‘I have checked and my belief is they only have the right to operate if it is an emergency situation like if a dog has been knocked down for example, there was no need to do what they did, I mean who the hell do they think they are to go and do something like that without consulting the owner.

‘Bonnie is recovering well, she is on anti biotics, but it was something that never needed to be done at all.’ 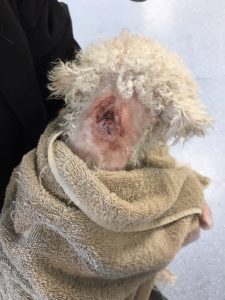