George McGahon, best known for his role as Mondo on the RTÉ soap opera, Fair City, was spotted at Tribe Restaurant in Duleek this evening. The restaurant said that he popped in for a pizza. 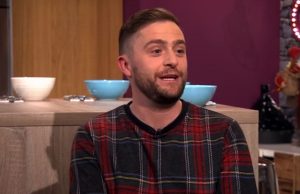 McGahon said on the Glitz Stage Academy Facebook page that to celebrate their Duleek summer camp being sold out, “we paid a visit to our favourite restaurant, Tribe Restaurant”.

The summer camp in Duleek is to take place from the 2nd-6th of August at Duleek Parish Centre. The Duleek one may be sold out, but there are still some limited places for the Naul and Julianstown Summer camps.