River Rescue Warn Swimmers, ” Be careful out there”

Christopher Rennicks, from Meath River Rescue, has issued a warning to youngsters who are taking advantage of the good weather to swim in the River Boyne.

And it boils down to the warning the Sergeant gave at the start of every episode of Hill Street Blues, “ Be careful out there”.

Rennicks told Meath Live, “ I see a lot swimming out around Stackallen bridge and that is one of the most dangerous areas of the entire river.

“I was over there on Saturday and the current is very very fast, treacherous almost and really you need to know the safe spots for swimming and that is not one of them.

‘We also got reports that there were people swimming on the slip river at Blackwater Park that leads into the Blackwater itself and again it is a dangerous enough spot.

‘The other thing they need to be aware of is that even though it might be warm on the river bank it is definitely NOT warm in the river and that can catch people out.

‘It is a dangerous situation what is happening but how you police it I just do not know”. 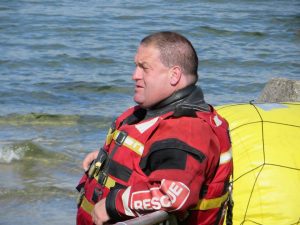 The only things that should be swimming in the Boyne

BRRRRRR Dunsany the coldest place in Ireland during January