If the cap Fitz then Brian’s worn it.

That short sentence could sum up the career of Meath’s longest serving councillor Kilcloon based Brian Fitzgerald.

‘My first go at it saw me get in and take the very last seat in the whole of the county, thankfully it hasn’t been as long a wait since.

‘There’s been a Fitzgerald on the council here since 1941 but I suspect that might be coming to an end after my time but hopefully not I wouldn’t force anyone into it, I wasn’t forced into it myself but would I like to see it being carried on, yes certainly I would.’

At 74 Fitzgerald is comfortable in his own skin, and reveals that he has lived by one golden rule all through his political life.

‘Be honest with people, I have often told someone I can’t do that for you it’s not possible and they have walked away from me upset but almost always they have come back later and said Brian fair play you told me the truth.

‘I don’t see the point in giving someone false hope or building up their expectations only to let them down in the end.

‘I had one incident where a man literally appeared at my door and told me he was going to commit suicide, I brought him gave him a glass of whiskey listened to him and thanks be to God he changed his mind.

‘People can smell a bullshitter, and after a lifetime in poltics I am pretty good at doing that myself I get the scent a mile away.’

For a dedicated GAA man Fitzgerald is not shy in admitting that he learned a lot from someone closely associated with soccer.

‘Let’s get it right now, I am not going to be pigeon holed as a GAA man, I won a junior B and junior championship with Kilcloon in 1969 and ’73, but I have played soccer as well and supported Arsenal for as long back as I can remember.

‘I’ve a huge interest in greyhound racing and owned a few dogs in my time, they weren’t all exactly what you would call fliers either.

Whatever about trying to run the country musically Fitzgerald likes to keep it country.

‘Put it this way I’d be more Wolfe Tones than Rolling Stones, but my preferred choice would be country and Irish.

‘As a general rule I prefer Irish in everything, I have had foreign holidays and yet for me there is nowhere as nice as Killarney when the sun is out.

‘I remember how much it shocked me to see fellows roaring across the Dail at each other then an hour later having a pint together in the Dáil bar.

‘I remember hearing about a priest in Kilcloon who gave a great piece of advice from the altar, it was the time when political meetings used to be held outside the chapel and this particular day there was a stormy meeting scheduled and the fear was fists might fly.

‘So the priest turned round and said ‘Enjoy the meeting but remember if your tractor goes into a ditch in the morning you have to rely on your neighbours to pull it out for you, I thought that was sound advice’.

Another good piece of advice is think before you talk, advice Fitzgerald ignored on one occasion a decision which led the country down a road it might not have expected to travel.

‘In the early nineties Dick Spring, who by the way was the best Taoiseach we never had, asked me to be part of a delegation from the Dáil to meet with Unionists in Belfast.

‘We arrived up and sitting beside me was David Ervine, Gusty Spence and Eddie Kinaird three of the top men in Unionism and three hard men as well, and at one point Ervine leaned over and said ‘Your man, (Dick Spring) is not getting fair play down South’, so without thinking I asked if he’d like to meet Dick and he said he would.

‘On the way home I was asking myself what have I got us into now, but that was the embers of the fledgling peace pocess.

‘I was always interested in the north, I remember the anger at how Thatcher treated the hunger strikers, I still find it hard to forgive her, I mean none of those people needed to die, it seemed as if they were let die to suit some political ends and that cannot be right.

‘I’ve had a great time, and I enjoyed it, but the best moment of all was as Council Chairman welcoming the Meath team home when we won Sam Maguire in 1999, it is the last time we won it, so far, it was a special night and Sean Boylan was a special man.’

There’s plenty would hand the same accolade to Brian Fitzgerald. 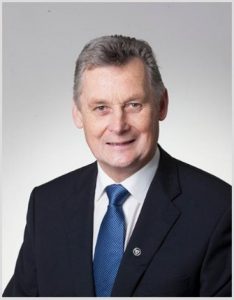 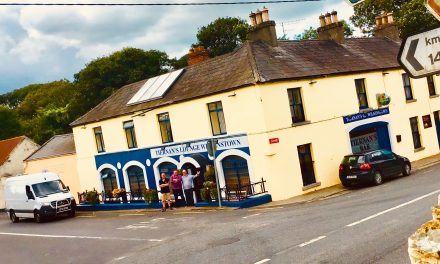