Meade continues to fight them on the beaches !

Fine Gael councillor Paddy Meade may have lost a battle in regard to trying to prevent cars being banned from the county’s beaches but he is, it appears, determined to win the war.
In true North Meath fashion, the Lobinstown man hasn’t given up yet and has launched a new offensive via social media today.
He accompanied his attack with pictures that had sad emojis attached in a bid to win this stage of the campaign.
This is what he had to say. 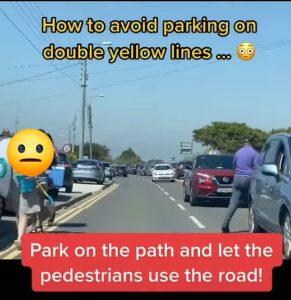 ‘The 6 month extension to the closure of Bettystown Beach to cars which was voted in by County Councillors from across Meath has sadly had some horrible results on blocking emergency service in the area and now it’s going to impact the whole County with a lack of Garda resources!
Meath has the least number of Garda per head of population in Ireland (fact) and yet from this weekend towns and areas in Meath will have even less Garda cover due to your Garda been deployed over to Bettystown to deal with the Ban on Beach Parking Fiasco, created by your own local elected Meath County Councillors.
There was a plan to remove parking of the beach when adequate alternative parking was available, there was a suggestion of a compromised parking location at Bettystown and Laytown to allow a few hundred cars to park in each location, but your local councillors rejected these and went for a ban saying it was because of Covid-19 (???).
Now people are blocked in their homes daily by parked cars, emergency routes and footpaths are blocked most days from 8 am till 11 pm (including right now) and so more Garda are desperately needed there which comes at the expense of elsewhere. (Hope no one gets robbed anywhere else in Meath as this is very serious)
My suggested compromise is one that costs nothing and solves the issues and can be in place by tomorrow!
If permitted I could have the parking area in Bettystown made adequately bigger, we have the stones and could have them in place within 24 hours.
The result:
– the vast majority of the beach would be still car free as it always was.
– emergency routes would be clear.
– Garda and Council services would be saved.
– The dunes in Mornington would be protected.
– Many Swimmers who moved to Mornington would be safer as they would be back in the Lifeguarded area at Bettystown.
– Local business could survive, who have been crippled by their customers having nowhere to park.
Honestly, it’s dormancy, and the ban was what the majority of elected councillors wanted but I think they at the time didn’t believe me when I said how bad it was going to get.
I think they didn’t believe they were going to effectively block emergency routes by their actions and take Garda away from their local streets.
Perhaps now it’s time for a re-think?’