May 22nd, 2015, Ireland voted heavily in favour of same-sex marriage. It was a day of delight for almost everyone. LGBTQIA+ activists campaigned for years to have this right, which came with some challenges and legal court cases.

The same politicians who claim “their government” were the ones who brought this right and Repeal the 8th, were actually the defendants in many of these cases. For example, openly gay Senator and prominent gay rights activist, David Norris, sued the Irish government in 1983 and then again in 1988. The European Court ruled in Norris v Ireland, that the law criminalising same sex activities was contrary to the European Convention on Human Rights, particularly Article 8- the right to a private life.

1980-2015, it clearly was a struggle, but the struggle, unfortunately, is not over. June marks Pride Month, it is celebrated yearly. Critics question why there is even a need for a Pride Month since same sex marriage was legalised in 2015, “haven’t we gotten everything that we want?”.

Unfortunately, Ireland is still not a safe space for LGBTQIA+ individuals. Homophobia is still on the rise, the same with Transphobia, which is very damaging to one’s mental health. Conversion therapy still exists on this island. There is a ban on gay men donating blood and there is a serious lack of Trans health care and LGBTQIA+ healthcare in general.

Corporations think that if they slap a pride flag on their business every June, that is it, “homophobia is solved”. But really, they are just contributing to “Rainbow Capitalism” and unless they are donating some of their earnings to LGBTQIA+ causes, it is not really helping LGBTQIA+ people. However, I have to say it is a nice gesture and nice to see pride flags draped all over the place in general, it’s just a pity it only happens in June, however, there are businesses who do it all year round.

On the subject of flags, only 2 days ago, pride flags in Waterford were set on fire, which Mayor Damien Geoghegan labeled an “act of hate”. Hate Crime Laws might be the solution to dealing with such “acts of hate” but there has to be trust between the LGBTQIA+ community and the Gardaí for that to work. Some Gardaí still hold homophobic and transphobic attitudes, which has damaged that trust. Although some Gardaí march in Pride parades, many LGBTQIA+ individuals have expressed that their involvement in such parades, is “unwanted”.

There is even division in the community itself. The LGB Alliance seems to stick together but they forget about the T. Trans individuals are mocked by transphobic people, gender critical journalists, gender critical feminists or TERFS, and politicians. Father Ted co-created, Graham Linehan, based most of his identity on insulting Trans people, which resulted in him losing his social media accounts and it eventually caused problems with his marriage. He destroyed many Trans individual’s mental health. The mocking of pronouns can also nerve wracking, struggling with your gender is real and perhaps if there wasn’t such a lack of LGBTQIA+ health care, people could get the help they need. Like Repeal the 8th, why are we sending Irish Trans people off to the UK for Trans Health Care and surgery, when we should be providing it on this island?

Many psychologists who claim they can help with this struggle are actually just conversion therapists in disguise. It is not just an Irish problem, in Spain, Elena Lorenzo, an “identity coach”, claimed that the courses she offers are not conversion therapy classes, but her website and course name is called “Camino a la heterosexualidad” (Road to Heterosexuality).

Northern Ireland is one step ahead of the Republic, as they passed a non-binding motion in April to ban the practice of conversion therapy, however the Communities Minister, Deirdre Hargey, now needs to draft legislation in order for it to be legally binding. Anti Conversion Therapy Coalition launched in March 2021 in the Republic, to fight for such a ban on the island of Ireland. They managed to get the attention of Minister Roderic O’Gorman days after launching, who agrees that it is time for conversion therapy to end and currently is setting up a task force to draft up some legislation.

So why is Pride Month celebrated? It’s because the fight is certainly not over and LGBTQIA+ rights still need to be fully respected. Activists are tired, it is time for politicians to step up this Pride Month, start brainstorming ideas for legislation, otherwise it is just performative, waving the Pride Flag or posting the flag on social media, while not doing anything to improve LGBTQIA+ individuals’ lives. 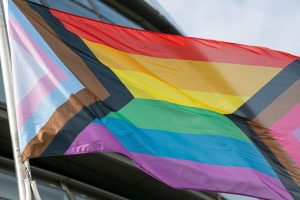 O’Rourke calls on Minister to meet councillors over Ashbourne Park