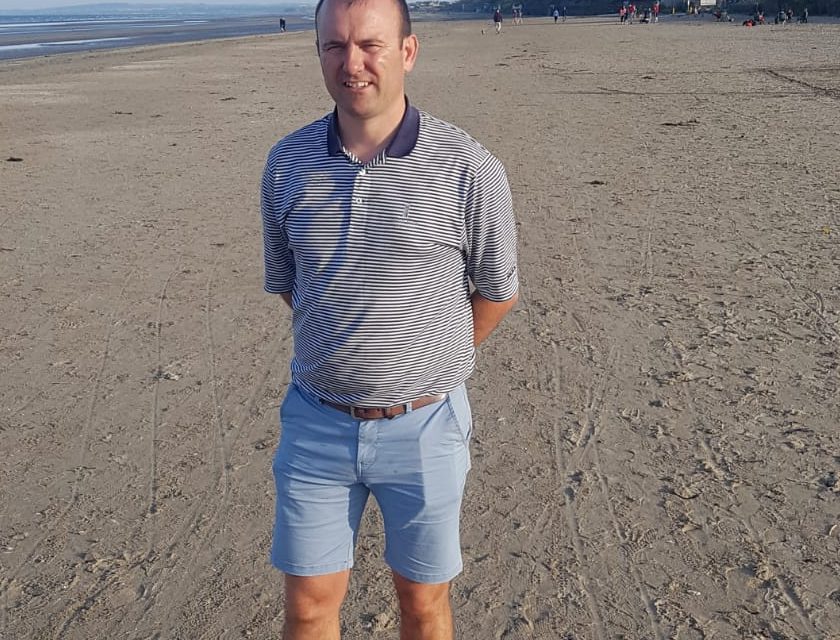 When the courier came calling to Fianna Fáil councillor Stephen McKee’s house in Duleek last week his wife didn’t even have to ask what the parcel contained.

Experience had taught her that as the European soccer championships were soon to start her husband would be due  delivery of the new Spanish shirt.

And he would then be all set to roar on La Roja in the competition just weeks after spending an afternoon in his garden listening to Spanish radio coverage of the dramatic last day in La Liga which saw his side, Real Madrid, lose out on the title to city rivals Atlético.

The man himself tells Meath Live that his love affair with all things Spanish, apart from bullfighting, ‘It’s a cruel sport no question about it ‘, began as a child and ended up with him teaching the subject in Eureka, Kells for the last number of years, and took in a stint as a wannabe cook in a Spanish pub along the way.

There was also a period spent as a football writer on Spain’s largest football paper combined with reading the sports news on a local radio station.

But seeing as the beginning is a good place to start, we’ll let him take it away.

‘When I was ten and eleven we started going on Spanish holidays, you know what I mean family holidays on the Costas like loads of Irish did, and I started picking up the odd word here and there.

‘Next thing was my dad bought me a Real shirt with Butragueno on the back, he was the striker and as I was big into soccer anyway from that moment they were my team.

‘Then when I was 19 I did an Erasmus year in Granada, typical student thing, you have a year to waste so why not waste it.

‘Naturally being Irish the first thing I looked for was the local pub and discovered it was called Bar Los Arcos, (The Arches), and I got friendly with the owner Javi, the Spanish for Harry, and some of the locals who drank there so I started picking up more of the language.

‘The first day I was there I went to the supermarket and brought back bagfuls of crisps and Coca Cola and in a bid to look healthy a single bag of frozen mixed veg which I hadn’t a clue how to cook!

‘Then as luck would have it a job became available in the pubs’ kitchen helping the Chef a guy called Alberto and I began learning how to make Tapas, incidentally, Granada and Seville are the only two cities in Spain where Tapas are automatically served free with whatever drink you buy in a bar, in all other cities you have to buy them, that’s my Michael Caine moment, not a lot of people know that!

‘This was twenty five years ago and three years ago the pub and the people came back into my life once again.

‘As a teacher, I organise two trips to Spain each year to Jerez and Cádiz and this time the organiser suggested to me we could take in a day trip to Granada, so I jumped at that.

‘I had a word with the other teacher who was with me and he agreed to look after the students while I slipped away for a while.

‘I took a taxi down to where my old apartment was and walked the trip I took all those years ago down to the pub, now I didn’t know if Javi was alive or dead but as soon as I walked in I spotted him at the bar and he copped who I was straight away.

‘Then he said to me have a look in the kitchen where you used to work and when I went in there was Alberto, I was gobsmacked, nothing much had changed even the local drinkers were the same people.

‘Then Alberto directed me to framed photos on the wall and I couldn’t believe it I was actually in most of them, it was pretty emotional but I am glad I did it.’

McKee did a Masters in journalism, where else but in Madrid university, and from there got a placement in Marca the city’s largest sports paper.

He recalled, ‘There are four daily sports papers in Spain and Marca would be very much seen as the Real Madrid paper, it concentrated almost exclusively on the club, with some Atlético stuff as well, other papers would focus on Barcelona but Marca, which means score, was the Real one.

‘I was based, most days, in the club’s training ground, Valdebebas and if there was an international week I was at Las Rozas where the Spanish team trained.

‘It was an incredible time to be there as Spain was the main team in the world back then, I even got to interview Ronaldo a few times as well.

‘I came home in 2007 and began teaching Spanish in Eureka not long after, the language is still a passion for me and I hope that comes across when I teach, and I am also fairly fluent in Italian.

‘I’m looking forward to the Euros, Spain, (He actually used ‘we’ but corrected himself), have a good young squad but have problems both ends of the pitch, De Gea doesn’t convince me and the lack of an out and out goal scorer will be a problem.

‘Here’s a thing people won’t be aware of, Villa Real who beat Manchester United in the Europa Cup final come from a town with roughly the same population as Drogheda, which just shows you how far Spanish football is ahead of us even in organisation.’

Politically McKee got involved with FF because of his friendship with the family of TD, Thomas Byrne, ‘I would be best friends with his brother Barry’ and was first elected to the council in 2014, and admits he is ambitious.

‘The strange thing about my local electoral area is that while it is in Meath geographically it is in the Louth constituency for general election purposes’ he says cryptically.

And he is fulsome in his praise of local lady Tania O’ Neill for leading the charge on lack of Garda resources in the East Meath area.

‘Fair play to her for organising that protest, people can talk around it any way they like but the bottom line is she is right, East Meath needs a fully operational 24/7 station.

‘What shouldn’t be overlooked though is what else it needs which is more amenities and facilities and the onus is certainly on the council to provide them.’

While McKee says he always tries to interact in a positive manner with whoever approaches him, he cannot say the same about dogs!

‘I have been bitten three times when out canvassing, I have even had to get a tetanus injection, all I can say is I am glad dogs don’t have a vote they clearly don’t like me.’ 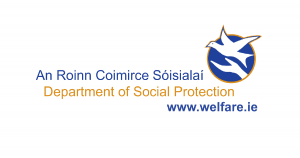