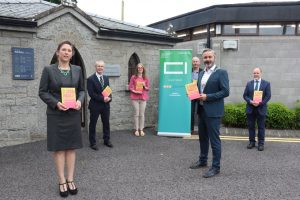 , a Navan native who is assistant professor of Irish at the University of Toronto.

In Dr Ní Mhaonaigh’s concluding words to the volume she writes, “This is Ó Gramhnaigh’s legacy. He rebuilt the ancient ruins and raised up the old foundations; he repaired the broken walls and prepared the way for those who would follow”.

It is hoped that the book will help a new generation of readers to come to recognise the remarkable life of this native son of Athboy, County Meath. The publication of the volume is an action of the Meath County Council Creative Ireland programme, and is particularly timely given the renewed focus which is being afforded to the Irish language by Meath County Council with the recent appointment of an Irish Language officer.

The volume is available from Antonia’s Bookstore, Trim and from branches of Meath County Council Library Service priced at €8.00.