Bernard Flynn has stepped down as under 20 boss 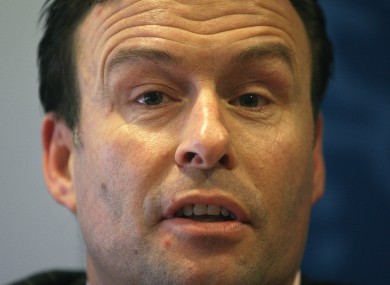 It has emerged tonight that Meath legend Bernard Flynn has stepped down from his role as manager of the county under 20 footballers.

Efforts to contact the All Ireland and All Star winner have been unsuccessful, but numerous sources have told Meath Live that a disagreement over the release of three under 20 players from the senior squad for a friendly game in the build up to the under 20s championship opener in a few weeks has caused Flynn to step aside.

One told Meath Live, ‘The under 20s lost a challenge to Cavan recently and Bernard as anxious to have his full squad available for a friendly tomorrow night against the Donaghmore Ashbourne senior team, an agreement was in place with the senior management side, something that was discussed and okayed at the last county committee management meeting, but when Bernard requested the lads release it appears the senior management team had a change of heart.

‘Efforts to resolve the impasse came to nothing and he felt he was left with no alternative but to leave,

‘The row may be smoothed over and harmony restored but that is how the situation stands at the moment.’

County committee PRO Ciaran Flynn confirmed Flynn has left and said there would be no further comment at this time.