Please help solve the riddle of our sons death 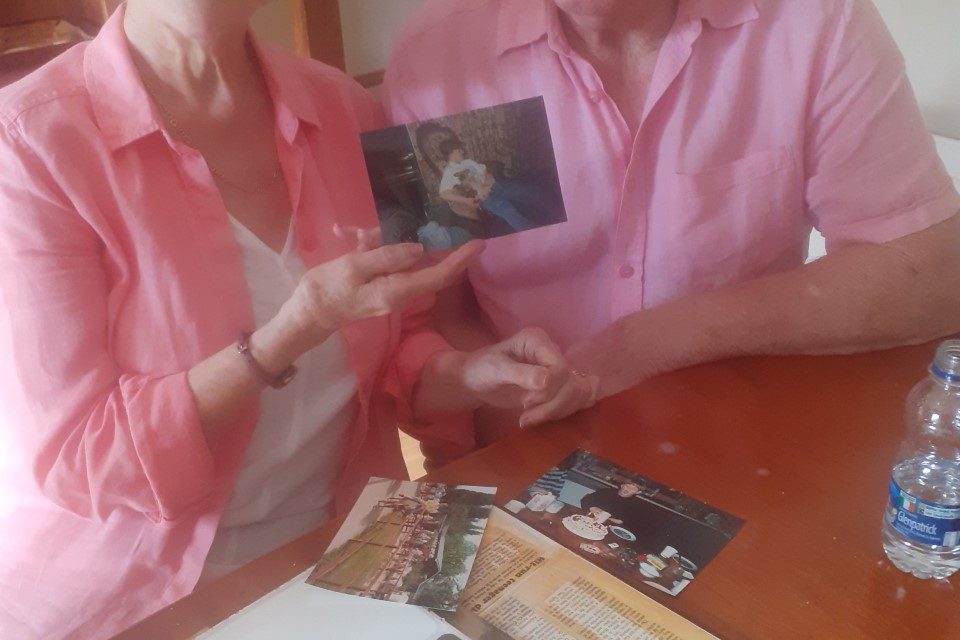 The grieving mother of a teenager killed in a hit and run incident 25 years ago this month has revealed how she froze when she turned around at mass to offer the sign of peace and came face to face with a man who had been questioned over her son’s death.

Speaking to Meath Live Judy Coffey from Rathcairn,  revealed that her and husband Patrick, both aged 78, still have serious questions they want to be answered over the initial Garda investigation into their son Páraics death on June 9th 1996.

Páraic died after he was struck by a car as he walked home from a disco in Athboy at 3am in the morning, nobody has yet been charged in relation to the incident.

And it has emerged that a detective who became involved in organised crime when he left the force was involved in the investigation into the 18 years old death.

Judy Coffey said, ‘ I was at mass one evening and when we went to shake hands to offer each other the sign of peace, I turned round to do it with people in the pew behind and came face to face with a man who has been questioned over Páraics death.

‘I froze, just froze and momentarily didn’t know what to do, when I pulled myself together I just turned away I couldn’t bear to look at him.

‘As a family when this person was brought in for questioning our hopes rose, you are always hoping for a breakthrough in the case but he was released.

‘There have been a lot of good guards, and one or two exceptional ones investigated this and still, we are no closer to knowing who killed Páraic and we think that things went wrong from the start.’

It is understood that within hours of the incident that saw Páraic lose his life that road at the scene of the accident was washed down.

A senior Garda source who has worked on the case told the Sunday World, ‘If an investigation is compromised in the first four hours, you are fighting an uphill battle afterwards.

‘I have worked on the case and nobody has ever been able to explain to me why the scene wasn’t cordoned off immediately, a lot of possibly vital forensic evidence was washed away when the road was cleaned.

‘There were some vastly experienced detectives among the first guards there, and I can’t understand why what happened was allowed to happen.’

One of those detectives was John Kerins who was then stationed in nearby Kells.

Kerins allegedly became involved in organised crime after leaving the force in 2009.

He was shot dead in Balieborough, County Cavan in 2012

While still a Garda he had set up a private security firm. It is understood that equipment at the sites his company was guarding had gone missing several times and that he was a suspect in a number of the thefts.

A former member of the Garda Bureau of Fraud Investigation, he was suspected of continued involvement in such crimes after leaving the Garda.

Shortly before his murder he had appeared in court in Cork to face a number of charges relating to stolen property.

It has also emerged that there was a breakdown in the expected Garda chain of communications the night Páraic was killed.

The source said, ‘ The procedure in a case like this is for the first Garda on the scene to contact their immediate superior who then contacts the local Superintendent, that appears not to have happened.

‘I would be pretty certain that had the Super been advised of the circumstances that whole road would have been sealed off, it didn’t happen, and the road was cleaned, so now you can see where I am coming from about the initial hours being vital.’

The Coffeys had their own concerns about Kerins so much so that a family member has confirmed they personally spoke to their parents in Irish when Kearns was talking to them, warning them to be careful of him.

When asked if the whole affair has shattered their confidence in the Gardai, Patrick was adamant it hasn’t.

‘Reduced yes certainly but shattered no,  we have had the best of Gardai in this house who tried to fix the mess it has become and are still trying.

‘We need to get the message across loud and clear to those who know something and to the person who did it, and I am certain they will be reading this, it is not over the file has not been closed he guards are still working on this.

‘There have been so many advancements in forensic and technical science in the quarter of a century since this happened that we would still be optimistic whoever is guilty will be caught.

‘In 2002 John Crear was convicted of killing Philomena Murphy 23 years after he did it, things like that always give us hope, we have to stay positive and believe we’ll see justice done.

‘Myself and Judy is getting on now and we want closure, I’d like to see whoever did it caught and get ten years in jail but seeing them get any sentence at all would be satisfying.’

Páraics parents feel the answer to all their questions lies locally in Rathcairn.

Judy said, ‘ In 2011 I went on Crimecall on RTE and also on the show was Alf Martin, a now retired Detective Superintendent, who has tried his best to solve this, and he was asked directly if the answer to who killed Páraic was to be found locally and he said yes.

‘If the guards think that way and the family think that way we are hardly both wrong, twenty five years is a long time to have someone’s death on your conscience, I couldn’t live with that I don’t know how anyone could.

‘People often ask me what type of a young lad Páraic was, I’ll give you two stories that will answer that.

‘I remember just before he was killed Páraic bought a goat, which would have been typical of him, and he came in one evening and told us the goat was having twins, a while later myself and Patrick went on holidays and when we came back he and his sister Caitriona had done the midwife thing and delivered the kid goats.

‘At his wake I saw this old lady, who I kind of knew to see, and she was in tears, I went over and gave her a hug and she told me that every so often he’d cut turf from the bog and deliver it to her.

‘That’s the kind he was kind and considerate, he’d do something good for people and make sure nobody knew about it.

‘For that alone he deserves justice and as a family so do we, somebody out there knows what happened, please tell us, tell the guards but please tell someone, hiding things for twenty five years can’t leave you in a good place mentally.

‘Ease your conscience and lift a massive weight from our shoulders, we don’t need to know who speaks out we just want and need someone to break the silence.’

NO CLEAR MOTIVE FOR ENFIELD MURDER