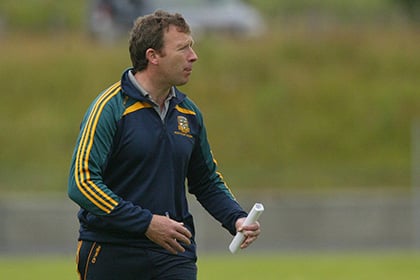 The Dunderry duo of Barry Callaghan and Sean Kelly look set to be the new managers of the Meath under 20 team, replacing Bernard Flynn who resigned on Friday night.

The pair are believed to have agreed to step into the breach and their appointment should be ratified at a management meeting tomorrow night.

Callaghan has previously managed the Meath minor side while Kelly was a selector with senior side when Mick O’Dowd was manager.

Meanwhile the fallout from Flynn’s resignation, amidst allegations of promises being reneged on regarding the release of senior panellists to the Under 20’s for their championship game, has continued with this mornings resignation, as chairman of the Meath football committee, by Kevin Cahill from Kells.

Cahill operated as logistics manager for Flynn’s backroom team and felt he could no longer continue in his role as chairman after Flynn’s departure.

Vincent’s win clash of the Saints