Meath County Council has been awarded €4,000 to support Women’s Caucus, from a national package of €62,000 announced by Minister for Local Government and Planning Peter Burke TD.

The funding is for administrative support and associated running costs in establishing the caucus, which responds to a recent submission by the Council from its women councillors, chaired by Cllr. Aisling Dempsey.

Speaking after the announcement, Cllr Aisling Dempsey said “Some Councils saw less than 6% of seats filled by female councillors in the 2019 Local Elections despite record numbers of women contesting seats. In Meath, we are well above this at 30%. In Meath County Council, we have striven to highlight and promote gender equality, and encourage more women to actively engage with the political system through events such as our Women in Local Government series of events which invited school goers to engage with local female politicians and understand their motivations, the barriers to entry to political life they faced and pressures on them as women in public facing roles”.

The Caucus is seen as a natural next step in this process and the Meath Caucus will be one of a number across the country. Its aim is to strengthen cooperation between women in political life across party and ideological lines, providing mentoring and support and promoting women’s equality in local government.

Cllr Dempsey continued “It is my firm belief that despite our modern age and equality between sexes, women still in general, require more encouragement and support than men to enter and remain in political life. I envisage the Caucus providing this support and encouragement to our current and future members. It is not about men versus women, I would not advocate for that in the slightest, the Caucus will advocate for change in issues which affect women in the majority.”

The Council’s Chief Executive, Jackie Maguire welcomed the announcement by saying that “Meath County Council has one of the highest levels of women councillors nationally but that there is still room for improvement. We are fortunate to have strong female politicians in the county and we hope that the caucus will help encourage more women to get involved in politics and civil society generally”. 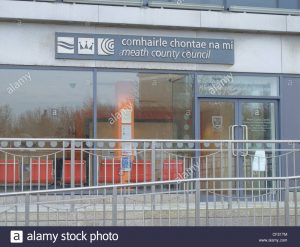