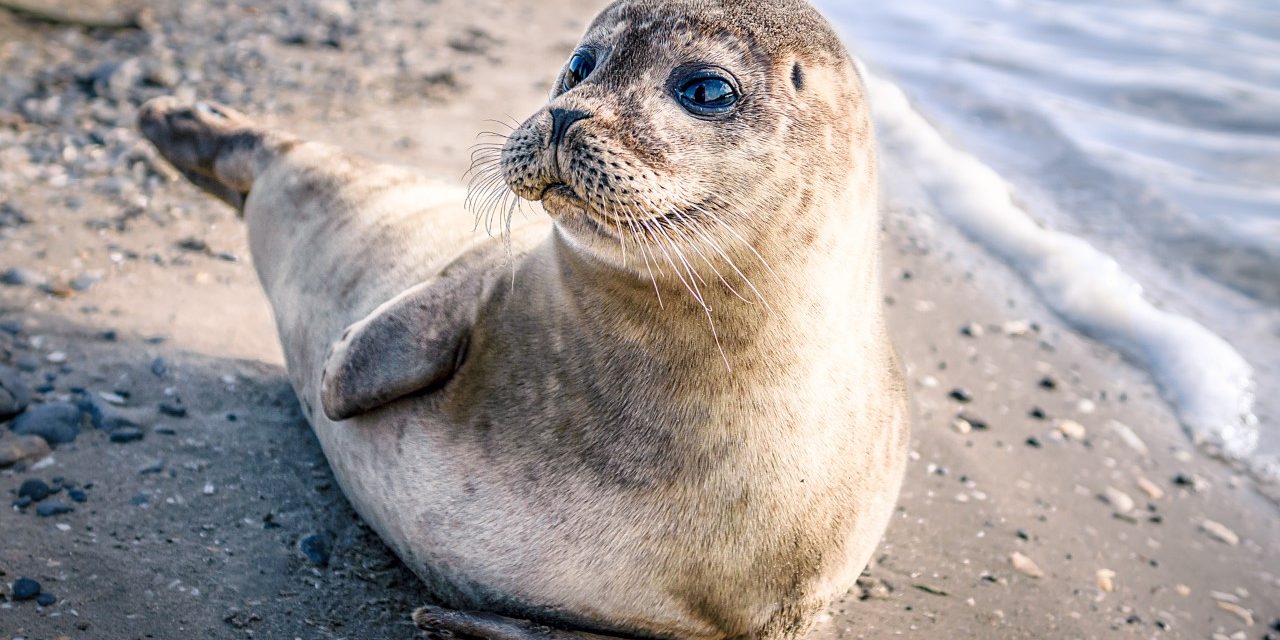 Now we know by the viewing figures just how much you have been enjoying Brid O’Neill’s photos.

And we think this the best yet!

‘This is a baby seal called Magnolia. She came ashore at Laytown in early March 2020 – before COVID-19 took over our lives – and so seem a fitting start to the book.
After checking with Seal Rescue Ireland, who confirmed she was one of their rescues who they had released at the end of 2019 up in Dundalk. They gave her a clean bill of health and said she was in great condition and had just come ashore to bathe in the sunshine.
In this pic she is in what they call the ‘banana pose’ meaning she was happy, healthy & content. I sat with her for about an hour and she just relaxed and took in her surroundings and was very chilled out. I think she decided she had enough of Co Louth and decided to move south to us in Meath!!!
Important to mention if you come across these seals not to get too close… they make look very cute but they do have quite a bite! And when she yawned (which she did several times) … you could witness those sharp teeth!! Also not fair to stress them by getting too close. I did keep my distance and let her do her own thing.
Anyways she hung around for a while and then when the tide started to go out she headed off. I often wonder where she ended up…. Maybe she will pop back again for a visit’.