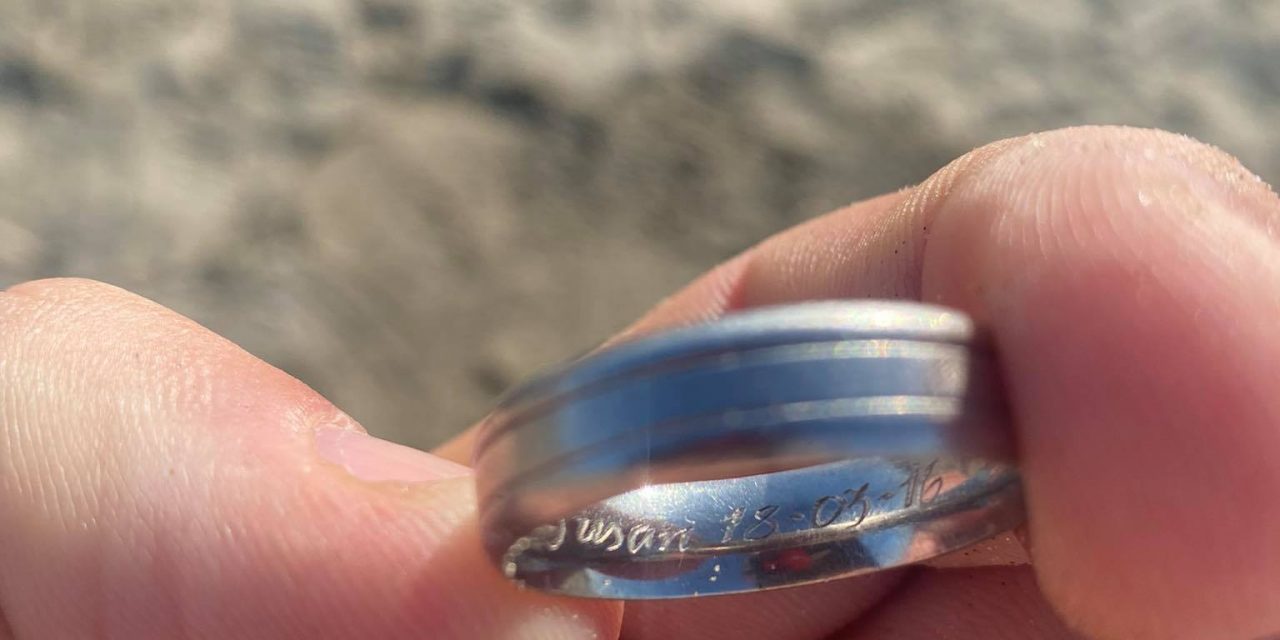 It was a case of Meath Live, and a few assorted friends, rescuing a damsel in distress after we heard Susan Walshe’s tale of woe.

You may recall that earlier today we told how Susan, who is holidaying in Trim, was on a day trip to Bettystown yesterday accompanied by her husband and kids.

The hsband’s wedding ring went missing and a distraught Susan took to social media in a desperate plea for help in finding it.

Meath Live stepped up to the plate and made a call to Glasgow!

We managed to get hold of Duleek legend, Adrian, Hilly’ Hillman, who was there to watch Celtic play a Europa League tie, because we knew if anyone would know who could help Hilly would.

‘Jack Traynor is your man’ he said, ‘he’s dead handy with a metal detector.’

And here’s the photos to prove it.

Wiping the sweat from his brow Jack told us, ‘I found it inside two minutes, you can tell Hilly he  owes me a pint.’

Susan said ‘Thanks ever so much to everyone, I had given up hope but Jack came up trumps.’ 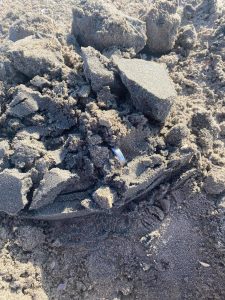 Look where it was hiding