Coronas frontman Danny O’Reilly has lashed out at the Government for the lack of planning to restart the events industry in the wake of Electric Picnic failing to secure planning permission.

O’Reilly, whose band were due to play at the Stradbally festival, questioned how 40,000 people could attend Croke Park but only 200 could attend outdoor gigs.

This comes as Laois County Council confirmed that they will not grant a license for Electric Picnic to go ahead this September.

Cathaoirleach of Laois County Council Conor Bergin confirmed the decision was taken following many local Councillors voicing their concern around the event.

Following these concerns, Laois County Council sought HSE advice on the matter, and following consultation, decided to refuse the license.

O’Reilly said it was “so frustrating” that there was no plan or dialogue for the industry to move forward.

“There’s going to be 40,000 people in Croke Park in a couple of weeks for the All-Ireland final, unmasked, sitting and shouting on top of each other, drinking before and after the game, but under the current guidelines we can only have 200 people at an outdoor show right until the end of September,” O’Reilly said on RTÉ’s Morning Ireland.

“There’s no plan, they’re talking about in three weeks’ time Catherine Martin may have an updated plan but you see what’s going on with Katherine Zappone and see how quickly Fáilte Ireland can meet with the Government today to sort it out when there’s a bit of an issue but there seems to be no rush with the events industry.

“It’s so frustrating, it’s almost preferential treatment for the GAA and stuff like that,” O’Reilly said. 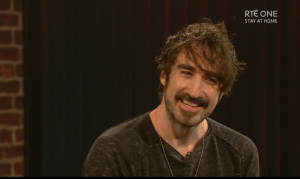