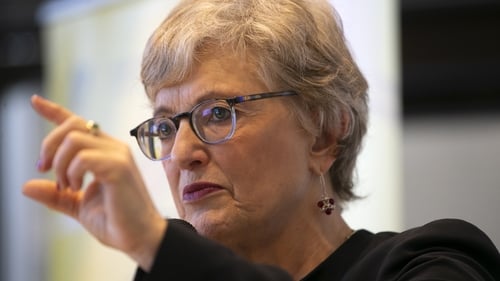 In case you have been on another planet of late just a quick reminder about the most recent scandal to hit our political classes.

This is the one involving associates and former colleagues of former Minister for Children Katherine Zappone who attended an outdoor gathering at the Merrion Hotel in Dublin, on 21 July 2021, six days prior to her controversial appointment as UN special envoy.

The gathering took place during the COVID-19 pandemic. A total of about 50 guests attended the gathering organised by Zappone, including the Tánaiste, Leo Varadkar.

Following the publication of the story on 4 August by the Irish Independent, there was widespread anger among Opposition TDs. Ultimately Zappone would decline to take up the position as UN envoy following the press coverage of the events leading up to the offer.

Now let’s be clear here Leo and the rest of them didn’t break the rules for two reasons.

1; They make the rules so rather like the lad who owns the football everyone is playing with down the park they can change the rules as well

2; Rules are for the rest of us therefore if the rules don’t apply to them how could they break them.

And that my friends is the key, the political and judicial classes, (see GolfGate), particularly those of a blue shirt persuasion feel they are above the rules

Witness Zappone’s statement when she, eventually, turned the gig down, ‘”While I am honoured to have been appointed by the Government to be the Special Envoy on Freedom of Opinion and Expression, it is clear that criticism of the appointment process has impacted the legitimacy of the role itself.

‘It is my conviction that a Special Envoy role can only be of real value to Ireland and to the global community if the appointment is acceptable to all parties’.

Allow us to translate, what she really said was, ‘The bastards caught us out.’

Now you can always rely on a FG politician to make a bad situation even worse and they managed it again this time by contriving to drag the Attorney General into it.

A government spokesperson told us plebs that the advice from the AG Paul Gallagher was that organised events and gatherings could take place for up to 200 people “including social, recreational, exercise, cultural, entertainment or community events.’

Remember the last time an AG caused a political storm, back in 1994 when then Taoiseach Albert Reynolds appointed former attorney general Harry Whelehan to be head of the nation’s second-highest court over the strenuous objections of his Labour partners.

Labourites blamed Whelehan for a seven-month delay in extraditing from Northern Ireland a Catholic priest charged in both countries with child molestation. Essentially, Whelehan was accused of sitting on the extradition for political reasons. The priest, the Rev. Brendan Smyth, was eventually tried and imprisoned in Northern Ireland.

Labour also disliked Whelehan for his activist role in attempting, unsuccessfully in the end, to block a 14-year-old Irish girl from traveling to Britain for an abortion in 1992 after she was raped.

Reynolds, apparently surprised by the vehemence of Spring’s reaction, sought to appease him by launching an investigation of the extradition delay, and he concluded today that Whelehan had botched the matter and misled him about it. But he allowed Whelehan to be sworn in  and was powerless to remove him.

The whole hooh hah resulted in the fall of Reynold’s government.

Nobody is saying the government will fall this time but again the self professed superior classes are saying, ‘We got the best legal advice available and we are told we did nothing wrong.’

They forget that the rest of us know that in the majority of court cases the person with the most expensive lawyer has the best chance of winning, but that doesn’t mean we should just accept that what the AG says without question.

I mean in this day and age even devout Catholics hardly believe the Pope is infallible!

The bottom line here is that FG have been caught handing a well paid job to one of their own and don’t like it, their attitude is, ‘Nothing to see here move along now’.

Their difficulty is that we know there is plenty to see.

And the vast majority of us have seen right through them.

FG dread the thoughts of Mary Lou sitting in the Taoiseach’s chair, that much has been obvious for years.

Why therefore are they doing such a good job of arranging the cushions and asking her to plonk herself down and get comfortable.? 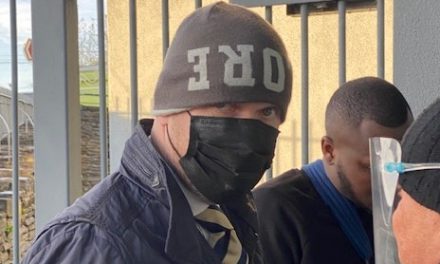