The poll topper in the Ashbourne area at the last council elections, Independent, Joe Bonner, is ‘actively considering’ an approach to join Fine Gael, a move that would see him join Minister for Justice Helen McEntee on the Meath East ticket in the next general election.

Bonner refused to comment on the speculation, telling Meath Live, ‘ I am not in a position to confirm or deny anything at the moment’.

However a source close to the Ashbourne based Bonner told us, ‘Prior to the last general election there was a very serious and very strong approach made to Joe, it was led by a high powered delegation, there were people involved who would have Leo Varadkar’s ear that is how big the interest was.

‘Now that Regina Doherty has been moved to the Fingal constituency there is an obvious gap in the market in the Ashbourne area, there would of course be other credible candidates but none with the vote gathering potential of Bonner.

‘Joe is in the fortunate position of having name recognition across the three big urban centres in the area, obviously, he is known in Ashbourne but he would have received a substantial vote in places like Dunshaughlin, Ratoath, and Dunboyne in previous elections.

‘Whether he will opt to go for this or not is still up in the air, he is keeping his cards close to his chest but he could well see this as a gift horse he cannot look in the mouth.

‘If anyone cares to study the last general election figures there is every likelihood he would have challenged Thomas Byrne for the final seat but for the big vote for the Green Party, and that is something that is unlikely to reoccur.

‘Of course, Helen McEntee is pretty certain to be re-elected but don’t forget there were two FG seats in the constituency previously and Joe is well known in areas where Helen is not and vice versa, they could actually complement each other, my understanding is that people in his inner circle have advised Joe that he really needs to consider this seriously and that he has heeded that advice.

‘What he has to think about is will he gain more than he would lose, I mean would people who always voted for him stop doing so if he joined a mainstream party.

‘On the other hand he would be gambling he’d retain most of his core support, which is probably true, and benefit from the vast resources FG could put into his campaign.’

A brief glance at the figures from the 2020 general election bears out the theory of the sources.

Bonner did end up almost 5000 voted behind Byrne but the Green Party candidate, Sean McCabe amassed just one short of 6,000 votes as his party had a strong, but shock, result nationwide and assuming that a large portion of those had gone Bonners way things would have been a lot tighter.

Interestingly Bonner ended up just over 1,000 votes shy of FG minister at the time Regina Doherty, who lost her seat, something which illustrates he has genuine election potential.

In the 2019 local election Bonner topped the poll in Ashbourne over 600 votes clear of his nearest rival FG man Alan Tobin.

The source concluded, ‘Previously it would have been a big shock had Joe joined FG now it would only be a mild surprise,’

O’ROURKE; ‘BUDGET SHOWS THE GOVERNMENT IS OUT OF TOUCH’

150 new jobs lined up for Ashbourne 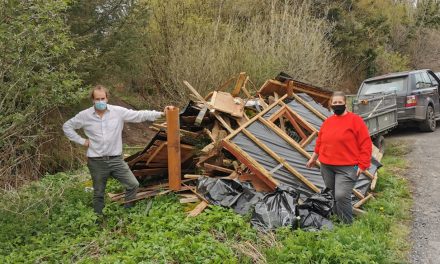