Monto’s Restaurant in Kilmessan, was one of four restaurants in the North East issued with closure orders by the Food Safety Authority, 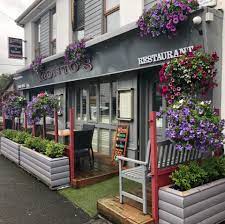 Fredis Pizzeria in Monaghan Town and Fredis Takeaway in Castleblayney were also told to shut but have since been allowed to reopen.

The Riverside Café in Mountnugent, Co. Cavan was also served with the order, which is still in effect.

Ten closure orders were served on restaurants and shops nationwide.

The FSAI says it’s particularly concerned over the large number of Enforcement Orders in July, and is emphasising that food businesses have a responsibility to maintain clean and hygienic premises.