A French renewable energy company Neoen and its Irish partner BNRG have been given the green light to build a farm in Hilltown, as well as Hortland in Kildare and Millvale in Wicklow.

The projects were successful under the Government’s Renewable Electricity Support Scheme last year and will generate a combined amount of electricity to power the equivalent of 12,700 homes.

€39 million in funding has been approved for the three new Irish solar power farms, including the 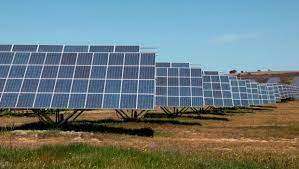 one in Co. Meath

Power generated by the solar farms will be sold under ‘Purchase Power Agreements’ supported by the Government, which is valid until 2037.

Construction is now underway on the plants, which are expected to be operating by the first half of next year.

€100,000 will be provided for community projects every year under the Government’s support scheme, which also ends in 2037. Portrait Of The Week