From Quinn’s departure until the finish, St Colmcille’s outscored Ballinabrackey by 3-11 to 1-3.

They outscored last year’s IFC winners by 3-5 to 1-2 after the second water break.

A noticeable feature of the winners success was the fact that eight different players got on the scoresheet.

Within seconds Ballinabrackey pounced on slackness in the ‘Cille’s rearguard leaving David Carroll to net and trimming the deficit to four points. Daly’s second goal flatlined lingering hopes of an upset.

Bracks ‘keeper Dean Pluck saved brilliantly from Ben Brennan at the expense of a 45 at the hospital end. St Colmcille’s ‘keeper Andrew Beakey pointed the subsequent award, one of three such scores he registered in the game.

Quinn wasn’t the only one to head down the tunnel early as ten minutes earlier ‘Cilles manager Michael Conlon was sent off for dissent at a decision over an incident involving Ben Brennan. 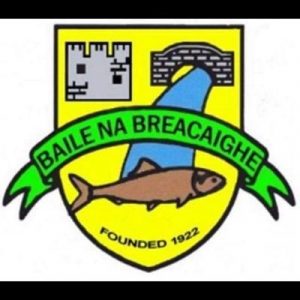 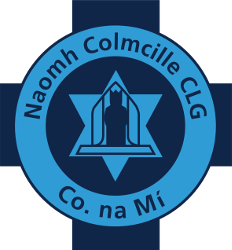