Meath County Council is to host a civic reception for the ladies’ senior football team after their All Ireland final clash with Dublin.

Council chairman Sean Drew revealed, ‘ A motion by Councillor Stephen McKee at the July meeting requesting we held a function was passed, and now the team have gone a step further again we’ll have to come up with something special for them.

In the run-up to the final, the Council will be erecting messages of good luck to the team across the county and is encouraging people and businesses to wear and display the county colours with pride,

“We want the team to know that they have the support and best wishes of everybody in the county and that this will help to drive them onto success in the final” said Councillor Drew.

Stephen McKee told Meath Live, ‘I have a direct involvement with the ladies game as I am chairman of that section in the Duleek/Bellewstown club, we have three players on the squad, Monica McGuirk and the sisters Orlagh and Kate Byrne, also I teach in Eureka, Kells and we have two past pupils, Orlagh Lally and Anne Sheridan involved.

‘My motion was actually put forward to celebrate the team winning the Intermediate All Ireland last year, Covid scuppered any chance of a proper reception back then, and now look what’s happened, it was an unbelievable comeback against Cork and with that type of fight in them who is to say they won’t take the next step’.

The final is on September 5th 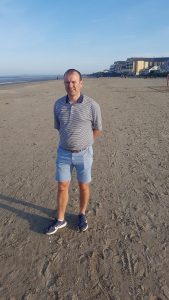