There have been many many moments in sport which can be described as ‘I remember where I was when that happened’ moments.

If Nelson was younger he would have leapt off his settee and danced around the room, as it was he confined himself to looking on in disbelief and declaring, ‘Whale Oil Beef Hooked’, because a combination of things made Duggan’s goal seem so improbable.

Firstly Cork had six points clear with ninety seconds left, now think about that, NINETY SECONDS, it’s half a round of boxing.

Secondly the score arrived just after Stacey Grimes had buried a penalty to halve that deficit so naturally if Cork had restarted by kicking the ball as far up the field as they could the clock would have prevented Eamonn Murray’s side getting the necessary goal.

And finally Cork had the edge on Meath in two major aspects of the game, experience and physicality, so it was reasonable to assume they would have somehow contrived not to mess things up.

Yet that is precisely what they did and they paid the price.

As is his habit Nelson went for a few sociable pints on Sunday night, followed by a few even more sociable ones, and his drinking partner duly informed him that, within seconds of the final whistle, the female side of his house had informed him that he was going to the final, he wasn’t given an option, the choice was made for him.

And that multiplied by a hundred or more is the impact Duggan’s goal made.

A county’s huge support base has just been awoken from its slumbers.

Typical women always ready to wake you when you least expect it.

The Premier League is back up and running and already there has, to Nelson’s good eye anyway, been a noticeable change in the way games are being refereed.

The only thing going cheap in grounds last Saturday was the clubs pet budgie!

And the interesting thing was players bought into it.

There was one noticeable exception though when Martin Atkinson decided to display the comedic talents of his namesake Rowan and award West Ham the most dubious of spot kicks against Newcastle, however the West Ham player who wasn’t fouled didn’t try and claim that he was, he got up played on and was shocked when the penalty was given.

Old style challenges were permitted, and given and taken in the spirit with which they were intended and the games flowed accordingly .

Long may it continue and even VAR took a back seat.

Sligo were forced to concede a Connacht semi final to Galway last year when Covid hit the camp, yet when Tyrone faced the same dilemma in this years All Ireland semi final against Kerry the GAA delayed more than the Dubs when they were good!

If you break one rule why have any at all.

To misquote the well known GAA fan George Orwell, ‘All teams are equal but some teams are more equal than others.’ 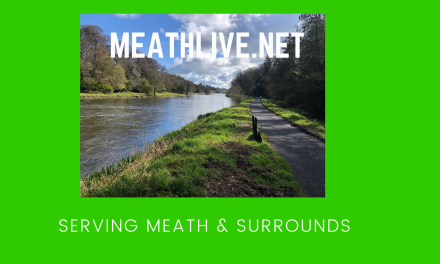