A Meath punter who changed the fourth leg of a €2 lucky 15 was left rueing his luck yesterday as the third part of his bet came up, but the one he changed his mind on let him down.

The man who can be described as a social punter placed the bet with the Navan branch of Boylesports a month ago gambling that all four All Ireland semi finals, in both football and hurling, would end in a draw in normal time.

Three of them, Kerry and Tyrone at 12/1 and Dublin v Mayo, 10/1 in the big ball game and Cork and Kilkenny, 11/1 in hurling did just that but in the fourth game Waterford lost to Limerick. 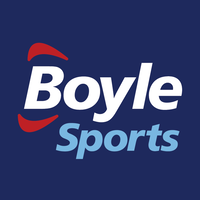 The punter told Meath Live, ‘I won €3600 on the bet anyway but the sickener was that initially I intended to put the Meath SHC decider bewteen Ratoath and Trim in as the last leg, and you’ve guessed it that did end in a draw!’

Hasd Waterford managed to hold Limerick the bet would have returned just over €48k!

We’ve all been there.

WHELAN; ENQUIRY NEEDED INTO HANDLING OF COVID IN CARE HOMES