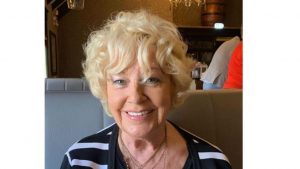 Tributes have been paid to a woman who died in a fatal car accident in Meath on Monday.

The woman, who has been named Angeline Corcoran, was killed when her car collided with a tree in the Bellinter area of Co. Meath on Monday afternoon.

Ms. Corcoran, who was the driver and only occupant of the car, was pronounced dead at the scene.

Angeline’s funeral will take place at St. Mary’s Church, Navan on Friday at 10 am, followed by burial in Balgriffin Cemetery, Dublin.

Tributes have poured in for Ms. Corcoran online since the news of her death broke.

“Rest in peace Angeline the best neighbour we could ever have had. You were so good and kind to my kids, I will miss the chats we often had. May God give you the best bed in heaven and give peace to your family at this very sad time,” one friend wrote.

Another said: “I’m so upset to see that Angeline has passed away. I’ve such happy memories of all the good times we spent. She was a lady who was loved by all her colleagues. Accept my sincere sympathy to all her family, who she adored.”

A third added: “She was always so friendly and pleasant. My sincere sympathy to her family and friends. May she rest in peace.”