Meath’s Conor Ennis has been named the 2021 Electric Ireland Minor Football Player of the Year.

The Ballinabrackey defender was consistently brilliant throughout the season and provided a major contribution to the Royal County’s winning point in the All-Ireland Final.

Conor Ennis, Liam Kelly, Tomás Corbett, and Shaun Leonard are in the backs, Jack Kinlough is in the midfield and Seán Emmanuel, Hughie Corcoran, and Oisín Ó Murchú are all named among the forwards. 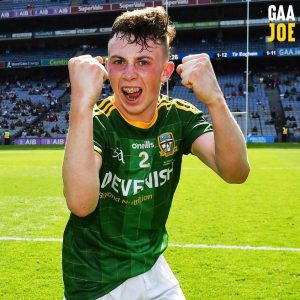