Former Dublin footballer, and Simonstown player, Wayne McCarthy has backed the decision of county board delegates to give Andy McEntee another term as Meath GAA manager.

He told Meath Live, ‘If the county executive wanted to change they should have done it much earlier, the players are back on their training programmes at the moment so changing now, especially when there was no alternative to Andy put forward would have been a daft move.

‘Let’s be honest there has been improvement, more especially over the last two seasons, and if the players are buying into his management that is the important thing, and from what I hear they are.

‘Forget about All Ireland’s and Leinster titles for the moment the priority this season has to be promotion from division two and then build on that.

‘The timing of this was all wrong so overall I feel the delegates came to the right decision, but as I said promotion is essential this time around, the players apparently support the manager so they need to go and deliver for him.’ 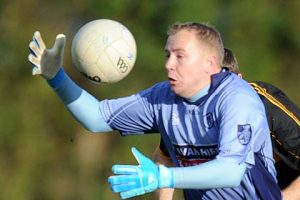