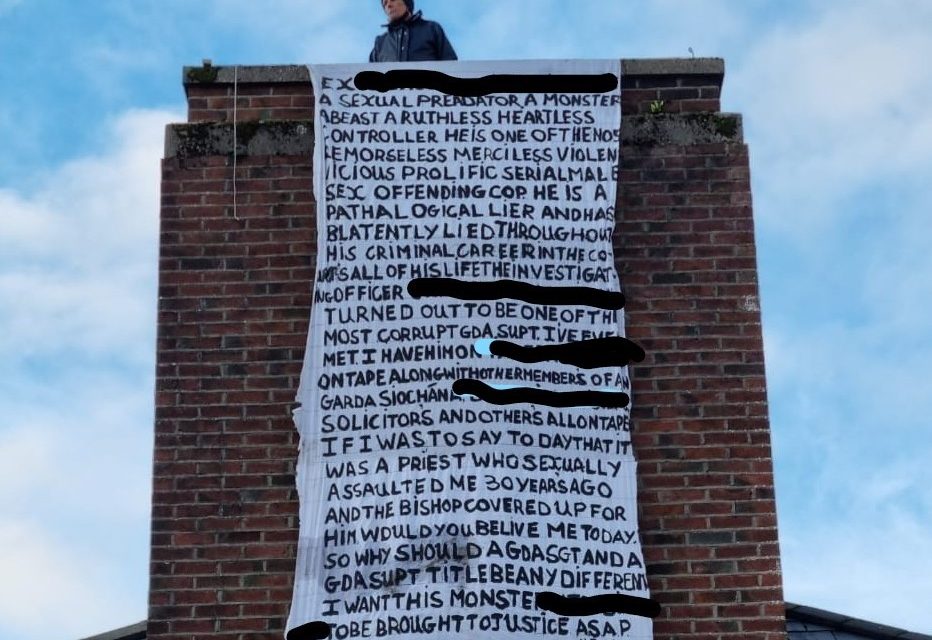 his claim that he was sexually abused by a retired member of the force.

George Foster (59) from Navan has been campaigning on the issue for almost four decades.

He scaled the tower, located beside Navan Garda station and Scoil Mhuire school on Sunday afternoon and despite Garda and Fire brigade efforts has refused to come down.

One shocked onlooker revealed, ‘On Sunday evening the fire brigade sent a ladder up and pleaded with him to come down, they even had a couple of firemen going up to help him, but everyone standing watching heard him threaten to jump if they came any closer.

‘The two lads hesitated for a minute before getting instructions to climb down and not to risk him jumping.’

Local councillor Alan Lawes was on the scene this afternoon, and revealed he had spoken to Foster.

He said, ‘ He is adamant he wants his claims properly investigated and he has told me that he is aware of a number of other males who will make the same claims.

‘I said to him that if he comes down I will accompany him and anyone else who wants into the Garda station to help them with a formal complaint.

‘ I thought that might encourage him to come down but he didn’t want to know.

‘Rightly or wrongly he seems prepared for the long haul, he has a tent and sleeping bag and plenty of warm clothes I’m not sure how he is fixed for food though.’

It is not the first time Foster has used the location to highlight his complaint as he climbed to the top back in 1990 and remained there for a number of days.

A Garda spokesperson said, ‘ Gardai are currently monitoring a protest that is taking place on Abbey Road Navan’ 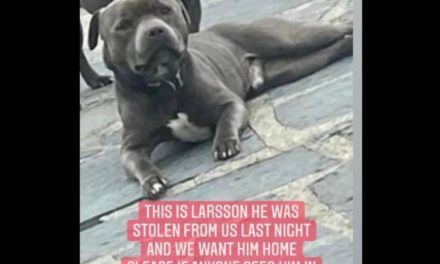 WELL DOGGONE THE DOG IS GONE