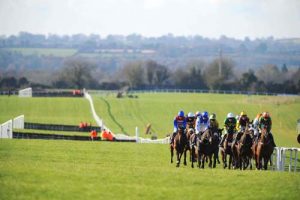 Next Sunday’s meeting, which features the Troytown Chase, will see Navan racecourse celebrate 100 years in existence.

Over the years, the greatest of horses and jockeys have graced the north Navan turf with the legendary Arkle giving an indication of things to come. When winning his first race there in 1962 and he returned a year later to win a flat race.

Thirteen years beforehand dual jockey Martin Molony rode a five-timer, a feat yet to be equalled over fences at the venue.

Steven Craine equalled the feat on the flat with five winners of which two were dead heats back in 1985. It was a Sunday meeting and

the Navan track also had the distinction of racing on a Sunday outside of the Dublin venues.

In 1984 Dawn Run, went on to win the Champion Hurdle and Gold Cup when winning on her chasing debut at the track.

The course itself with its tough uphill finish is regarded as a prime testing ground for the Cheltenham Festival.

There are seven races on next Sunday’s card and there will be live music throughout the day.