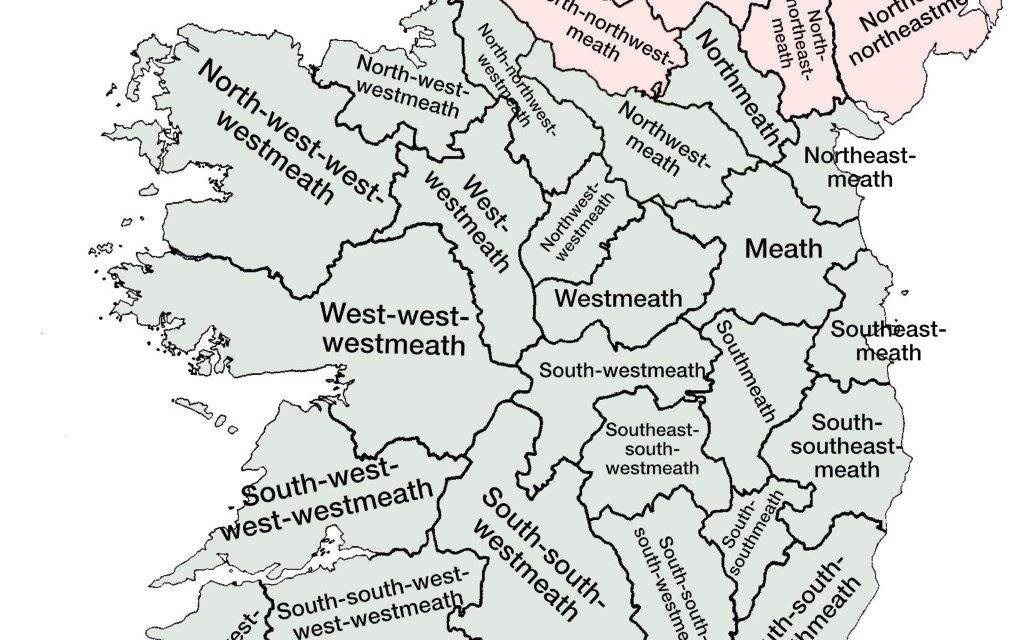 The futures mapped out!

‘United Meath’ or ‘Big Meath’ campaigners and enthusiasts will be happy to know that a new map of Ireland has been revealed with Meath and Westmeath taking over all 32 counties. This comes after individuals revealing that they wish for Athlone, located in Westmeath, to be the Capital if and when there is a United Ireland.

Cork, who has been begging for Independence from the rest of Ireland, is now South-South-South-West-West-Westmeath.

Louth, who has a rivalry with County Meath, will just have to suck it up as they are now Northeast-Meath.

Map creator, Stephen Coyle, told Meath Live, “I was in bed bored from being sick, and for some reason the idea just popped into my head, so I grabbed my laptop and had to make it. I’m amazed that it blew up”. Coyle is from Donegal or Northwest-North-NorthMeath and has revealed that he has visited Meath “at least once”.

Coyle’s tweet received over 5,600 likes and has been shared by Meath West Aontú leader, Peadar Tóibín, who branded the map “the future”. The map was also shared by Irish Musician and former Westmeath Gaelic footballer, Niall Breslin.

A Tik-Tok that has raked over 13.3k likes about the map has also gone viral, created by Tik-Tok creator, Séamus Lehane, who called the map “the only legitimate map in Ireland”.

As a publication from the Royal County, we are loving this Meath Supremacy.