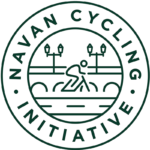 Kennedy Plaza originally was a large public space dubbed “Navan’s Civic Space” before Meath County Council reverted it to a car park. The Navan Cycling Initiative, after watching RTÉ’s new series ‘Eco Eye’, have been inspired to try and get people talking about returning Kennedy Plaza into a public space where people can congregate.

Ed Moynihan of Navan Cycling Initiative spoke to Meath Live about this campaign. He said that there is actually a petition set up by Gary Alder 48 hours ago, in the hopes that Meath County Council will return Kennedy Plaza to the people of Navan.

The petition is nearly at 200 signatures and can be accessed here: https://www.change.org/p/meath-county-council-kennedy-plaza-return-to-the-people-of-navan?utm_content=cl_sharecopy_31933986_en-GB%3A4&recruiter=336528407&recruited_by_id=d83b1500-22af-11e5-9d66-551dd8caefe9&utm_source=share_petition&utm_medium=copylink&utm_campaign=psf_combo_share_message&utm_term=share_petition&share_bandit_exp=message-31933986-en-GB .

Moynihan told Meath Live, “This has been an issue that we have been highlighting for quite a while there is a huge number of people in favour of this, we have collected their comments.

“We want to revert Kennedy Plaza back to its original purpose. It came up in a programme called ‘Eco Eye’, where they were talking about Town Centres and how you can help rejuvenate them and bring back life. We need places for people to gather and to hold markets and Navan doesn’t have anything like that”.

When asked does he expect criticism from drivers, Moynihan conceded he does, “Absolutely there will be criticism but to be honest most of the kickback would be from the local businesses like Dunnes Stores as they would like assistant parking.

“But there is loads of parking around the area, there are two multi-story car parks just across the road. You don’t even have to take the whole plaza you would keep a small bit generally for disability and age-friendly parking and a small bit for Dunnes Stores customers.

“There will be conversations had, it won’t just be ‘block all cars’. We need to engage with councillors about what they think and then take it from there. But it would be a great centre space for the town focus point for Navan”, Moynihan replied.

When asked has he contacted any of the Councillors yet. Moynihan revealed that he has sent an email to Cllr Yemi Adenuga (Fine Gael) and has been in contact with Cllr Emer Tóibín (Aontú), who will raise this issue at Meath County Council.

“Kennedy Plaza is actually being done up for the ‘Navan 2030’ plan, Market Square is also being looked at, Kennedy Road is next, so this is the ideal time to look at this! When they are doing up the road and putting in new bus stops, they should look into Kennedy Plaza” concluded Moynihan.